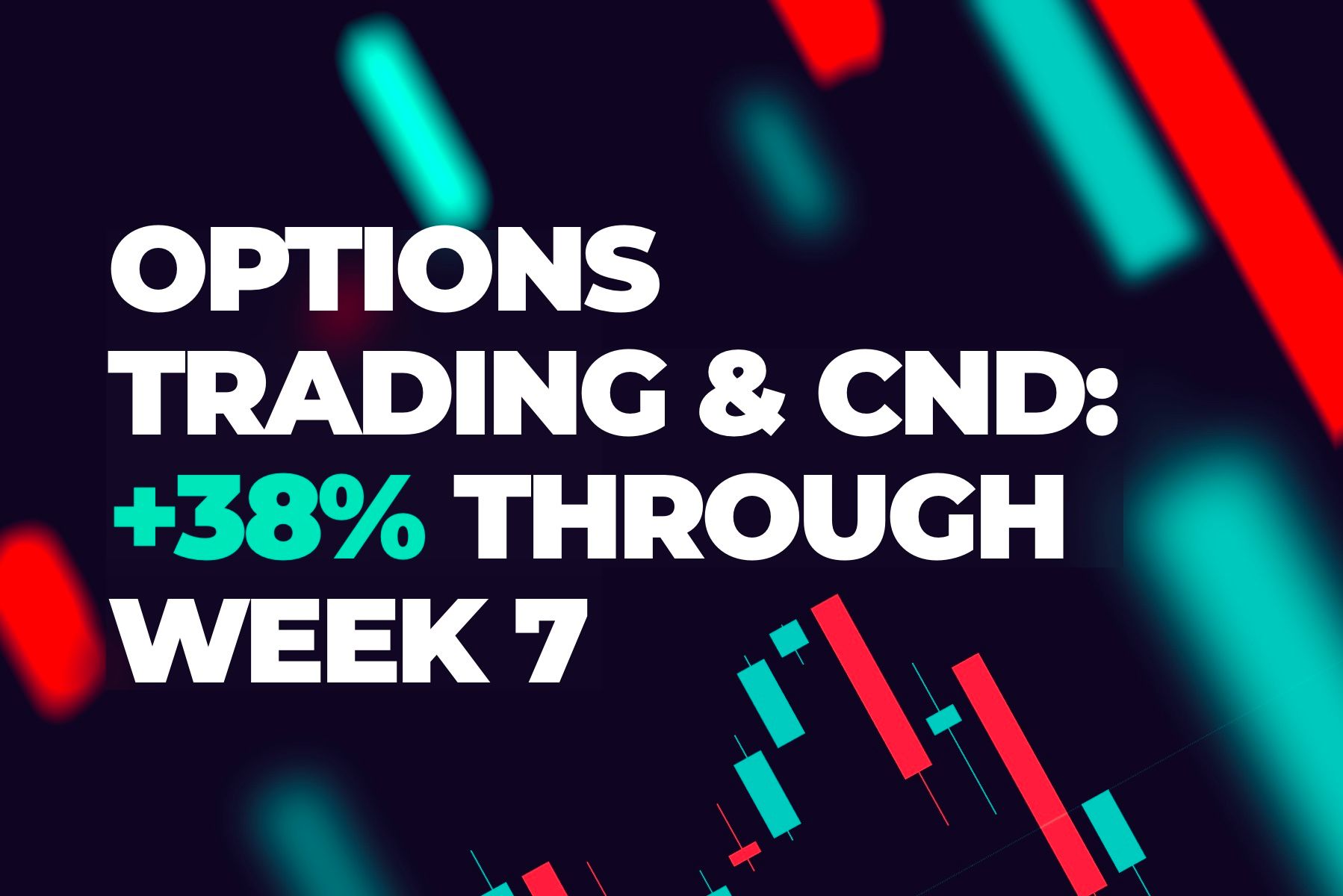 By CalvinXTZ, a Cindicator token holder

This information is for general purposes only and does not constitute any investment advice. You always trade at your own risk. I cannot guarantee and accept no liability whatsoever arising from or connected to, the accuracy, reliability or completeness of any information contained in this article. Cindicator has not verified the results contained in this article. Cindicator is not a sponsor of this article, nor does it endorse it in any way.

This article is the second in a series about my strategy for trading options based on Cindicator’s EPS indicators for public US companies. I share this information so that you too might be able to benefit from owning Cindicator.

The first article, “How a Crypto Tool Helped Me Make 33% in 30 Days” [January 13, 2019], introduced a unique strategy of trading options to take advantage of the indicators provided by Cindicator regarding public companies’ earnings reports. That January article covered my trading activity in the fourth quarter of 2018.

Please refer to that first article for an explanation of Cindicator and the earnings indicators.

During this current 1st Quarter trading effort, I have refined the options trading strategy with significant changes. I’ll share those changes with you in this article.

In an upcoming article, I’ll share the full performance report with details that will allow you to judge the effectiveness of this strategy.

However, I will give these numbers to entice you to read further:

Highlights and Lowlights of 1st Quarter 2019

I would never have done these trades if I didn’t have the guidance of the Cindicator earnings indicators. Following that guidance, I bought the following and had these results:

I also bought CALLs and a couple of PUTs that were 100% losses: Cisco, Duke Energy, Verizon, Intel, to name a few.

You must do an option (that meets the pricing requirements) on EVERY indicator so that the winners have the chance to outweigh the losers. This requires a lot of trades.

The 39% gain so far this quarter is based on doing every option that met the guidelines that I developed.

The earnings indicator from Cindicator is a measure of the likelihood that a company will beat expectations when they report their earnings. A number higher than 65% means a high probability of the event happening, between 55% and 65% is uncertain, and lower than 55% is unlikely to occur.

However, an indicator can be correct and the trade loses money.

There is even an instance where the indicator said that a company (General Electric) would miss earnings… which it did... and the stock went up(!)

In the chatroom discussions since my first article, it became clear that many people are not experienced with options. Before trying this strategy, you should have a solid grasp of how options work.

If you are a complete newbie to options, it might be helpful to check out a short video entitled “Options 101” on CNBC.com. It is a good explanation of how options work. Watch it and then return to this article. Don’t rush to do real trading before you fully understand what you’re doing — the leverage inherent in options multiplies all mistakes.

Benefits and risks of options

Stop-limit orders are not effective

People have asked if stop-limits could prevent a complete wipeout of a losing position. Unfortunately, the answer is no. Stop-losses usually don’t work for options as the price changes dramatically during the after-hours and in the first 30 minutes of trading when the market opens.

For example, I bought a CALL option for Electronic Arts on the same day as the earnings report. By the end of the day, the CALL was up 50%. Then EA’s earnings were reported after market close and the company missed expectations. The stock plummeted after hours and continued to drop when trading resumed the next day. A stop-loss order would have closed the position immediately. But the stock recovered two days later and the trade ended up being very profitable. A stop loss would have locked in a 100% loss.

A similar thing happened with CALLs on Proctor & Gamble. I placed a stop-limit order and it closed out my CALL for PG at a nice profit before the earnings report. Then PG reported good news and the stock zoomed. The trade would have been much more profitable if it had still been open after the earnings report.

I analyzed the effect of closing all trades just before the earnings were announced. This would have avoided the big losses… but also missed the big gains. The end result was a much lower total return than keeping the trades open until earnings were reported.

As a general rule, limit any position to the amount you are willing to lose completely. And then let it ride. More on this below.

Consistent position sizing is key. All trades should be the same dollar amount. This means that you always risk the same money for each position. You need to trade every earnings indicator so that you balance out the winners and the losers. A few winners of +50% and +100% make up for the total losers.

Here is an example. In one week, I had two positions that lost 100%. But I had 4 positions that had MORE than 100% each. If the sizing was different, the trades wouldn’t balance out.

This also means that some trades are ruled out if the options are too expensive and buying even 1 option is more than your position size guideline. For example, I did not trade the GOOGLE earnings report because the cost of a single option was too high. I couldn’t do a dollar amount that was consistent with my other trades. That was good because it turned out the CALLs would have lost money.

How to chose the right position size

There is no rule, everybody has different risk tolerance and available capital. Here is a suggestion. Determine what you can stomach to lose and use that as your position size. You have to be able to say “if this is a 100% loss, that’s okay cuz I have 6 other trades open and they’ll probably make up for a loss of 100% on any single trade.” If you can tolerate losing 5% of your stack, then that’s your position size. Just stick with that size. And do every trade that meets your requirements. Don’t skip some because they don’t feel right. Those are the ones that can hit big and make up for the losers.

I started this 1st Quarter earnings season investing $500 per trade. It went so well that I increased the position size to $1,000. Then I increased it again to $1,500. But each time I increased the size, I did that same size for all trades that week.

Where to trade options

I am a financial advisor so I’m using our office platform to trade with my own account. I have not used public platforms like Ameritrade or TradeStation and cannot recommend any platform. Please do your own research, taking into account fees, the range of available instruments, and usability.

Buying shares on margin is not as effective as options

People have asked me if the same strategy would work by buying shares with margin leverage instead of buying options.

That will not work as well. Options are much less expensive. Options give you much more leverage than buying shares on margin. A margin call can be triggered by a market drop even when there’s nothing wrong with the stock. You pay interest on your margin balance.

Update to the options trading strategy

In this first quarter, I have refined the earlier strategy. The principles of the approach are straightforward:

Until the next article…

If you have questions, join the discussion in the Cindicator chat, where I also post the latest updates. Feel free to direct message me @CalvinXTZ.