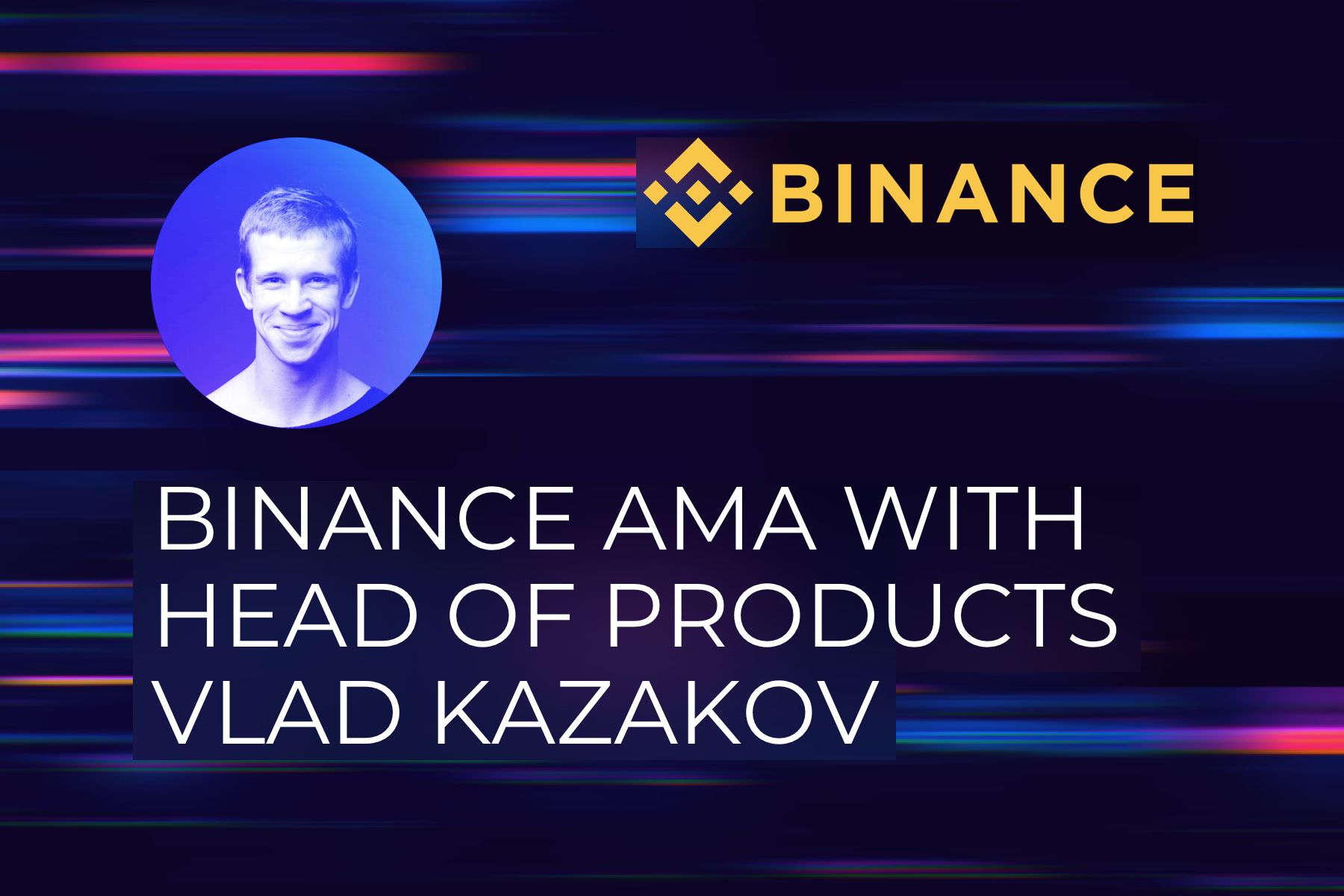 Yesterday, Cindicator’s Head of Products Vlad Kazakov answered questions during an AMA session in Binance Telegram chat, the community with over 148,000 members. Here is a recap of the full session.

In the first part, Vlad answered questions from Ribka, one of Binance Angels and the host of the session.

Q1: Could you tell us please about your new flagship product, Stoic

A1. Stoic is an automated trading bot for Binance, which leverages the power of thousands of analysts and AI. Stoic is super easy to set up for the user, though all the complexity of trading and execution modules are under the hood of the powerful engine.

Since 2015 we’ve been collecting data with financial forecasts which are then processed by ML-models to deliver a signal. We then use those signals to develop a trading strategy. We decided to start with a long-only portfolio strategy for altcoins which the strategy rebalances on a daily basis. Some more sophisticated strategies are on their way to appear in the app.

Stoic beats BTC but costs less than other crypto trading bots. If you start with the minimum balance, you pay just $50 to use Stoic for a whole year. That’s the only fee you pay.

Q2. Who’s behind the team of Stoic’s development team?

A2. The team now consists of 37 people with long-lasting experience in various startups, hedge funds and corporations like Worldquant, Bloomberg and Goldman Sachs.

We actually have four teams:

Q3. What kind of experience do a user need to start using Stoic?

A3. For the majority of trading bots on the market, people have to build a trading strategy on their own. Typically, they require you to understand the basics of trading, need to set everything up, then take time to test the strategy, etc

We tend to make Stoic as easy as possible for the average Joe. There’s no expertise required to start, just a minimal 1000 USDT on your Binance account, and 5 clicks to connect it to your Stoic app. Once you set everything up, you just need to relax and observe how the strategy we’ve built trades for you.

Q4. So, what is the performance of the current Stoic strategy so far?

A4. So, when we launched a closed beta of Stoic for several hundreds of our token holders, the product met a huge demand. When we released Stoic publicly this September we had like enormous demand. Now after just three months since public launch the total amount of funds of hundreds of Stoic’s users exceeds $3M.

Right the only available strategy is quite basic: there are no shorts, no marginal trading. Still, since the beginning of the year until early December this trading strategy made 318%. You can also check the latest performance in the app.

Part of this performance comes from the right timing: for example, Stoic automatically switched to USDT right at the top of the market in November. Then it re-entered positions at prices that were about 20% lower. Our users love it — just check the main Cindicator chat.

After a short quiz, the floor opened to questions from the audience. Thousands of questions flooded in mere minutes! Of course, Vlad had to pick just a few of them to answer.

Each project has interesting stories before it is created. So can you tell people about the story that gave you the motivation to build and develop a great project like Stoic?

The story behind Stoic is quite simple. I personally wanted to invest in Cindicator Capital but I wasn't eligible cause I didn’t have enough money to start investing in a hedge fund. So we made Stoic, which in some ways works like a hedge fund but in a more democratic way.

How the bot identifies that something is a false pump & dump coin /token?

Our strategies are trading within the universe of top liquid tokens (top-20-30 by capitalisation). So, small caps are not being traded at all and this is where P&D typically happen.

Any special discount for using Stoic by holding CND tokens?

This is the most popular question in our community. Next year we'll announce CND plus which is a system of bonuses for token holders in all of our products. So, you're CND token holder you'll get discounts and special offerings like access to the best strategies etc.

Consider that a user has $5000 in his Binance account. Is it possible that he can allocate only a fixed portion - say $2000 to the trading bot?

No, not right now, but we're planning to add this feature in one of the upcoming updates. For now you can create another binance account to try Stoic out on a small amount of funds.

Can you explain how the Altcoins strategy from your hedge fund team works?

Sure, it's a long-only strategy (so no shorts or marginal trading). Currently, it takes positions in top-20-30 altcoins and then rebalance the portfolio every day in order to reflect the recent price movements. Sometimes it actually decided to sell everything to USDT if the algorithm expects downtrend and then reenter the same portfolio after the market dropped. That what happened just recently, [when Stoic hit all-time high performance].

I am a newbie in trading. Can I use the Stoic App easily? is there a practice guide to guide me?

If you're a newbie then most likely you'll lose money. That's just statistics, which tells that 95% of trader are in the loss. Automation of any kind gives an opportunity to train your skills on say 5% of your portfolio, while 95% are invested in Stoic. That's how I do 🙂

Why did you take the name Stoic, what does it mean to you guys, to create such success now?

So, the name Stoic appeared after we thought that the philosophy of stoicism (being less emotional etc) is what average trader need. There's a second reason for this name, but we'll keep it internally for a while.

By using Stoic does it charge me a fee for each transaction he makes and can I pay those fees with his CND token? Or does it charge a fee and is it totally free?

We charge you with 5% annual fee for your initial balance on Binance. Then the trading for a year is free for you. We're thinking about some other types of business models as well, so that 5% structure may change at some point.

Some of my non-crypto friends decided to invest in crypto after I showed them Stoic. Its simplicity is a factor which might be attractive to non-crypto people. We also consider adding some features to simplify the entrance to crypto for the non-crypto community, so it's definitely a point of growth for us:)