Bitcoin is not ‘digital gold’. Here’s why 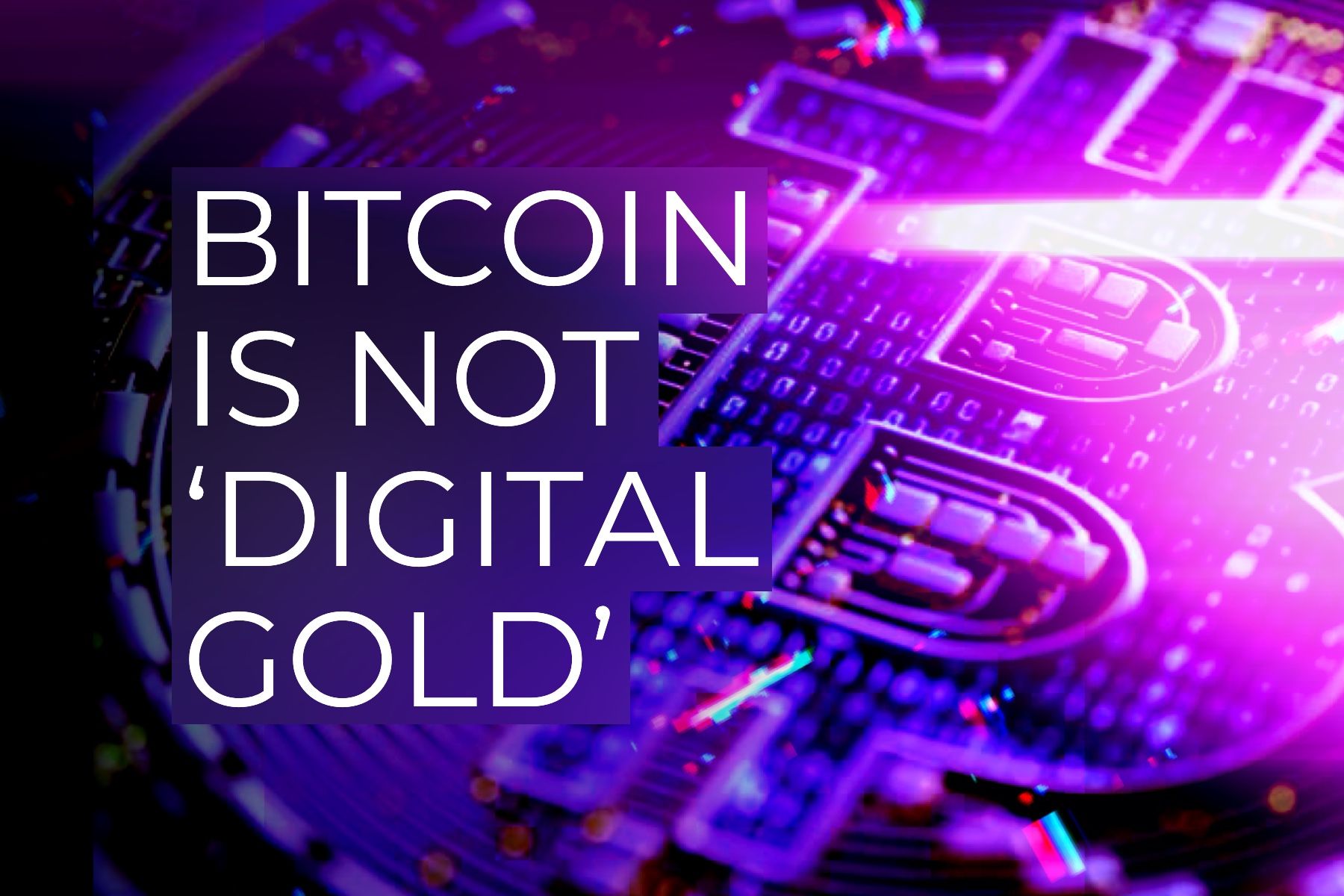 Over the past few years, the prevailing narrative for Bitcoin has been that it is a form of ‘digital gold’. Just like the yellow metal, BTC is the asset of choice during flights to safety, as its proponents would have it. The recent selloff has challenged this idea, yet it is not the full story.

An institutional view of digital gold

“Bitcoin itself has solidified its role as a store of value or as a digital gold… So I talk to an institution, they now look at Bitcoin as part of the same flight to safety as they might look at bonds or gold or other things that have served in that capacity for them, and that wasn’t a widely-held narrative probably until about the last 12 or 18 months.”

The first test in a bear market

On 11 March, the Dow Jones Industrial Average officially went into a bear market (-20% from its recent high) and then the S&P 500 also entered bear territory. The bull market that began in 2009 was over.

Once major US stock indices had corrected, Bitcoin still held at above $7,500. That was impressive: the prevailing wisdom was that if stocks are down 15%, then Bitcoin should drop by about 50%. So initially traders were expecting that BTC would act as a store of value and wouldn’t fall further.

That wasn’t the bottom. On Monday, the US stock market saw the greatest losses since the 1987 crash and the Dow Jones lost nearly 3,000 points, making it one of the worst days in its history.

By the time the US market opened on Monday, Bitcoin briefly plunged to below $4,800, showing that it’s too early to call it a safe haven. BTC behaves like a risk asset, more similar to tech stocks: high risks and high returns. This is disappointing because now most people will continue to view it as a speculative asset for some time.

At the same time, the price of actual gold has also declined over the past week. On 13 March, gold was down 3%. So the ultimate safe haven didn’t perform that well either.

In fact, both gold and Bitcoin behaved as expected. At the peak of the bull market, many traders were highly leveraged. Even with a leverage of 5x, positions would get margin calls (demands for more collateral) during a 20% drop. The highest leverage for BTC was 125x...

Of those who did not have leverage in their gold and Bitcoin positions, some still had to sell assets to cover margin calls in equities. Furthermore, the liquidity of Bitcoin markets is still relatively low and dispersed across many trading venues.

Where is the safe haven?

Until 17 March, high-quality bonds (e.g. 10-year US Treasury bonds) appeared to be the main safe haven – it was the only asset that went up in price. Yet the sale of bonds accelerated and prices declined as funds sold assets to return money to their scared investors.

So for now, cash is king. While traditional ‘safe’ fiats such as the Swiss franc and the Japanese yen also held up relatively well, most investors need USD, which puts pressure on other currencies.

When store of value?

The recent selloff, however, has not changed anything fundamental about Bitcoin. Its supply is still fixed and immutable. The hash rate dropped, yet it’s still nearly double what we had a year ago.

The correlation between the price collapse of the S&P 500 and Bitcoin did, however, create a strong impression of BTC as a risk asset. This perception will hold for some time.

It’s hard to say what could change this and truly herald Bitcoin’s role as digital gold. Perhaps at least one major central bank needs to add Bitcoin to its long-term reserves. The market needs institutional (not retail, not even ‘whale’) investors who are ready to hold for 30–50 years or even longer. These institutions would see the fundamental value in Bitcoin and will be willing to increase their positions at low prices, creating liquidity during the dips and preventing heavy panic sales.

Meanwhile, the current conditions in the crypto market – increased volatility, strong emotions, high uncertainty – are great for algorithmic strategies such as the ones used by Cindicator Capital. Panic creates strong recurrent trends that momentum strategies could exploit. At the same time, reversion strategies could take advantage of shifts in the prevailing market mood.

Of course, everything can change very suddenly: nobody knows how the pandemic will play out. That’s the nature of Black Swans.

It’s a scary and exciting time that we’re living through. We’re watching history being made, and we all have a part to play in it.