CBDC's Impact on the Global Economy 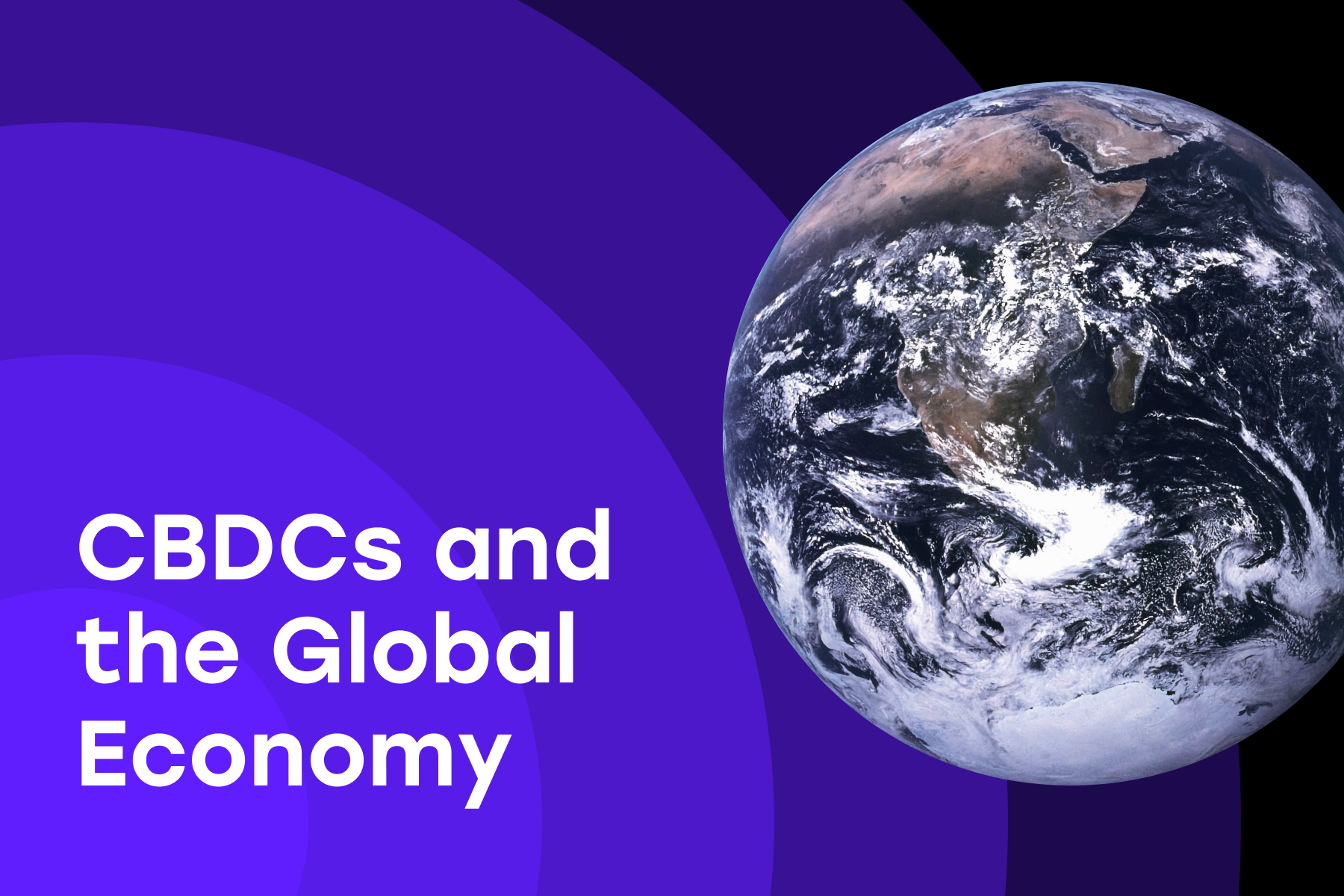 A CBDC, or Central Bank Digital Currency, is a state-issued digital currency equivalent to the issuing nation’s physical currency. For every digital unit issued, a physical unit is taken out of circulation.

While other countries such as China have launched the Digital Yuan, the digital currency remains in its pilot phase, yet to be publicly released (Forbes).

CBDCs and the United States

According to Bison Trails, over 80% of Central Banks are considering a CBDC, including the United States. As of 2022, the Federal Reserve Bank of Boston and MIT have been conducting joint research on the use and deployment of a United States CBDC (MIT).

While there has not been any official announcements regarding a partnership between the US Central Bank and Algorand, the founder of Algorand, Sylvio Michali, remains as an MIT faculty member (MIT).

At the moment, the United States is still exploring the options of a Digital US Dollar. Per the White House press release, the proposed benefits of a United States CBDC would entail, “facilitating efficient and low-cost transactions, fostering greater access to the financial system, boosting economic growth, and supporting the centrality of the U.S within the international financial system.”

However, the White House did mention potential downsides such as, “affecting the stability of the financial system to the protection of private data". It is important to note, that the Bidden-Harris Administration’s policy objective explicitly states that:

“a U.S. CBDC system should expand equitable access to the financial system, preserve the role of physical cash, and only collect data that is strictly necessary.”

Preserving the role of physical cash should be the main takeaway from this development, as the fear of a digital currency violating privacy rights remains high in the cryptocurrency community.

Current Implementation Around the World

In Nigeria, the eNaira app has been downloaded over 840,000 times with 270,000 active wallets (CoinDesk). As of August 2022,  eNaria has been used to carry out transactions worth over 9.3 million USD since its introduction in October 2021.

For countries like Nigeria, the use of a CBDC grants millions of citizens access to the modern financial system. It is estimated that 40% of the population in Nigeria does not have a bank account (CoinDesk), an issue Nigeria aims to tackle with the issuance of its CBDC.

While this is a major victory for the underserved population of Nigeria, the country has introduced severe sanctions against crypto users, with the Central Bank of Nigeria ordering the closing of all accounts transacting in cryptocurrencies (Coin Desk).

Jamaica, nor the Bahamas, have enacted such restrictive laws regarding cryptocurrency. In 2021, Turkey banned the use of cryptocurrencies to pay for goods or services. This was due to Turkey’s mass adoption of cryptocurrency in the face of the rapid inflation of the Turkish Lira.

Turkey is still developing their own digital currency, while many see the ban as Turkey looking to monopolize on a single currency within its borders.

How Will CBDCs Affect the Global Economy?

At the time of writing, only four central banks have officially launched a digital currency. However, the pilot programs of dozens of CBDCs have already launched in countries like Russia, Thailand, Malaysia, and South Korea among other nations (Forbes).

The digital Euro is currently in development phase with an expected pilot launch in 2023 (Forbes). As more and more nation states prepare to launch a digital currency, one can’t help but wonder how this will shape global markets.

There is no uniform approach or blockchain solution to countries CBDCs, which means there may not be a particular token or blockchain that runs the world’s financial system. The storage of data on these CBDCs will vary from nation to nation, as privacy rights regarding financial history will vary from locality to locality.

At the time of writing, China has stated that their digital yuan is completely anonymous (Forbes). However, knowing China’s approach to data collection, many remain skeptical of China’s statements.

For developing nations, the issuance of a CBDC gives anyone with access to a computer or cell phone the ability to open a bank account, which will unlock trillions of dollars in capital worldwide, giving citizens in developing countries the ability to engage in e-commerce and participate in the financial systems many of us take for granted in the developed world.

All of the countries that currently utilize CBDCs have large populations of unbanked adults.

For the cryptocurrency market, it is believed that developers will flock to chains that use the same blockchain technology that major economies use for their CBDC’s. For instance, if the United States were to issue a CBDC based off of Algorand’s technology, thousands of new developers will begin to build on Algorand.

Democratizing access to bank accounts should be celebrated, however, it is important to fully understand the local laws and technologies associated with your country's CBDC. Will CBDC’s be a beacon of freedom, or, a dystopian ledger with all of your purchases tracked on the blockchain?... The jury is still out.

Are CBDCs Safe to use?

There is no uniform approach towards CBDCs. They are a digitized representation of that particular country's currency. With each CBDC having its own privacy and security concerns.

Can I trust CBDCs?

Trusting a CBDC is the same as trusting a country's currency and their intentions with the data. One may be perfectly comfortable using a Jamaican CBDC while refusing to use a Nigerian CBDC.

What Are The Benefits of CBDCs?

Financial Inclusion, Payment Efficiency, Fee Reduction, and Proof of Transaction among others.

What Are The Risks of CBDCs?

The following is a video with a strong panel on stage from the World Economic Event in Davos this year, speaking specifically CBDC's and the role they play in the current and future financial markets.

Cryptocurrency: The Ultimate Asset Class of the 21st Century
Is Crypto Going to Crash Again?
Is this the End for Coinbase?