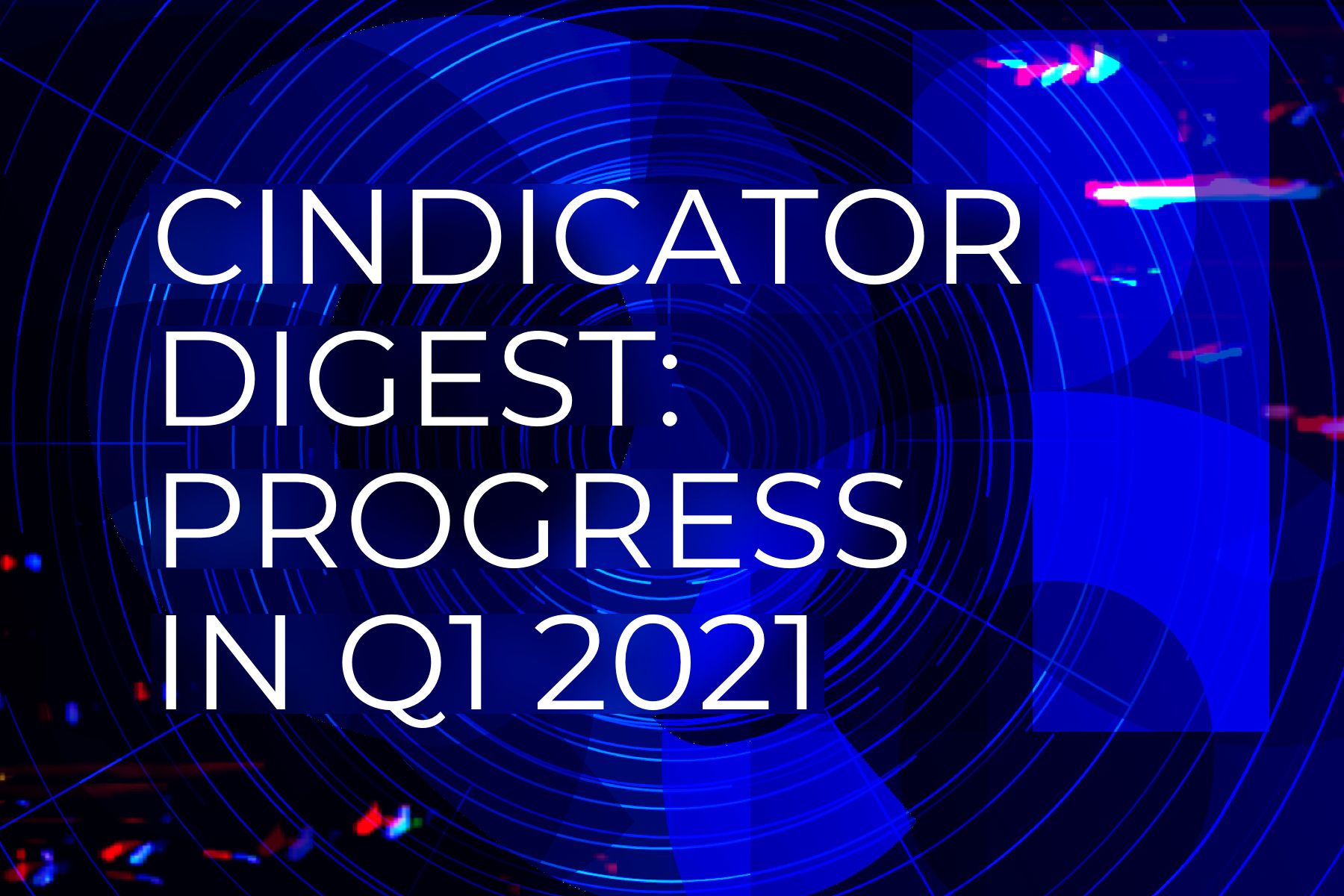 The first quarter of 2021 was a busy time for anybody in crypto. Bitcoin reached $60k, DeFi boomed, NFT broke into the mainstream. All Cindicator products also experienced high demand, often stretching the team’s ability to respond to all your enquiries. This post aims to update you on everything that’s happening across the Cindicator ecosystem.

Cindicator’s Hybrid Intelligence remains the core part of the ecosystem. Over 174,000+ analysts are registered on the platform to make forecasts. These data points are then processed by AI to create final predictive indicators.

A new rewards system was released in March, directly linking the value of contributions and rewards. While a minority of users complained, most analysts and token holders welcomed the change. The feedback loop between the value of forecasts and rewards should increase the accuracy of indicators.

In March, some of Cindicator’s Hybrid Intelligence indicators were also launched as CND APP across 300,000 Bloomberg terminals. This initiative should put Cindicator on the radar of institutional investors around the world. After millions of new traders joined the market last year, the retail crowd is now a force to be reckoned with (just think of GameStop) and sentiment indicators should be in demand.

Several SuperForecasters have gained name recognition and trust even though they are pseudonymous. For example, analysts nicknamed ‘Eku’ is now the leader with 112% P&L and a 2.13 Sharpe ratio (that’s very good).

There is now a year worth of data for Macro Sentiment Indicators. They have been used to profitably trade stock options, commodities, and FX pairs. A simple long/short strategy for the S&P 500 has demonstrated a 5x outperformance compared to the passive holding of index.

Over the past months, a strong community formed around these indicators — and that’s valuable of itself. Trading is a lonely endeavour and having a group of like-minded traders is helpful. And it’s also great for staying on top of trends: for example, some members noticed GameStop months before it broke into the mainstream.

Publicly launched in September 2020, Stoic has emerged as Cindicator’s leading product. Thousands of new users have automated their crypto trading by connecting their Binance accounts to Stoic.

Stoic’s current strategy is a long-only portfolio of altcoins. Since March 2020, it made over 2,000%, beating Bitcoin and stocks like Tesla let alone stock market indices.

Stoic is delivered as a simple mobile app, which added new features in Q1:

The rapid growth of Stoic has put enough pressure on the support team. If you’ve experienced some issues or delays, you should know that you’re one of the pioneers of the crypto industry. Some discomfort is inevitable when it’s that early in the journey. Still, the support team more than doubled and now covers all time zones 24/7.

Even the back-end infrastructure at times struggled with high demand, causing technical delays to the start of trading for new users. After a major upgrade to Stoic’s back-end, trading starts within an hour after fees are paid in 50% of cases and starts within the same day in nearly 100% of cases.

This stage in the crypto market cycle is a very busy period. It is the perfect time to grow the ecosystem and introduce Cindicator to new people, institutions and potential partners.

The Cindicator team will be working on several important workstreams:

This isn’t a precise plan because as you know the crypto market moves very fast. The team will do its best to make the most of all emerging opportunities for growing and developing the Cindicator ecosystem.

If you have questions, head to the Cindicator chat or fill out this short form and we’ll get back to you.