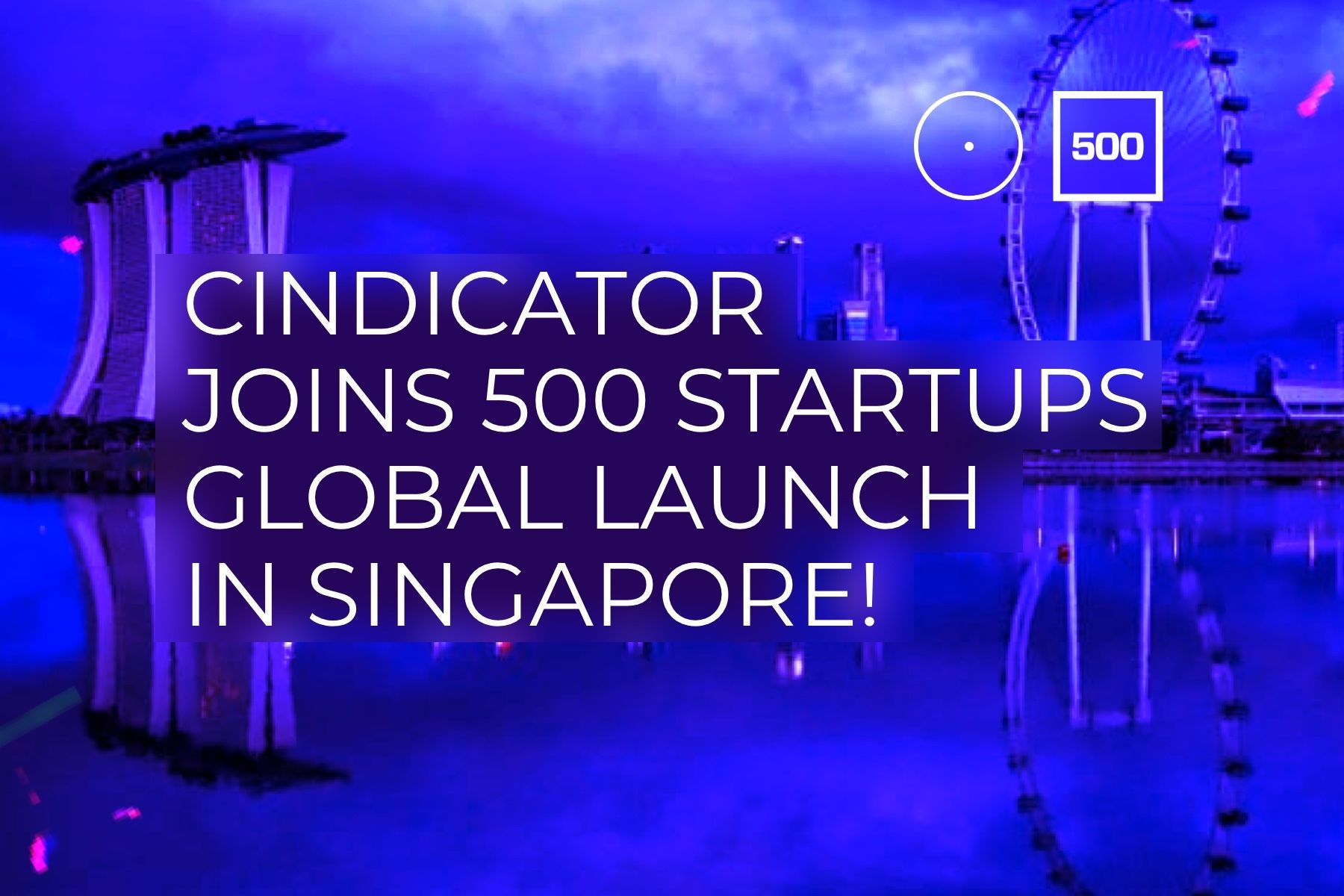 We’re excited to announce that Cindicator has joined the 500 Startups Global Launch programme in Singapore. 500 Startups is one of the most selective tech accelerators in the world and the early supporter of 17 unicorn startups ($1b+) – it’s a huge testament to the potential of Cindicator’s business model.

The 500 Startups Global Launch SG is designed to support growth-stage startups interested in expanding in the fast-growing markets of Singapore and the rest of Southeast Asia. Selected from hundreds of applications, Cindicator is the only crypto company in the batch.

Southeast Asia is a region with a huge interest in crypto. An OECD study showed that up to 80% of Vietnamese, Filipino and Malaysian consumers are aware of crypto and 53% wanted to hold it. And thanks to its pioneering approach to crypto regulation, Singapore has become a hub for leading crypto companies including Binance, KuCoin, CoinGecko, and many more. A gateway to the rest of Asia, Singapore is also a logical starting point for eventual expansion into the world’s largest markets.

As part of the 500 Startups programme, Cindicator will scale Stoic, the automated crypto trading service with a hedge fund advantage. Launched in September, Stoic already trades crypto assets for hundreds of users. Stoic’s strategy is built by the team behind hedge fund Cindicator Capital and made +124% as of August 2020.

“We’re excited to join the 500 Startups family. Its huge network of mentors, founders, and investors will play a crucial role in Cindicator’s expansion in Southeast Asia. It’s a region with unparalleled growth potential for crypto and fintech. We look forward to building strong relationships with local partners of all kinds.”

The latest version of Stoic’s free app was just shipped and is available in the App Store and Google Play.