Core Principles of a DAO 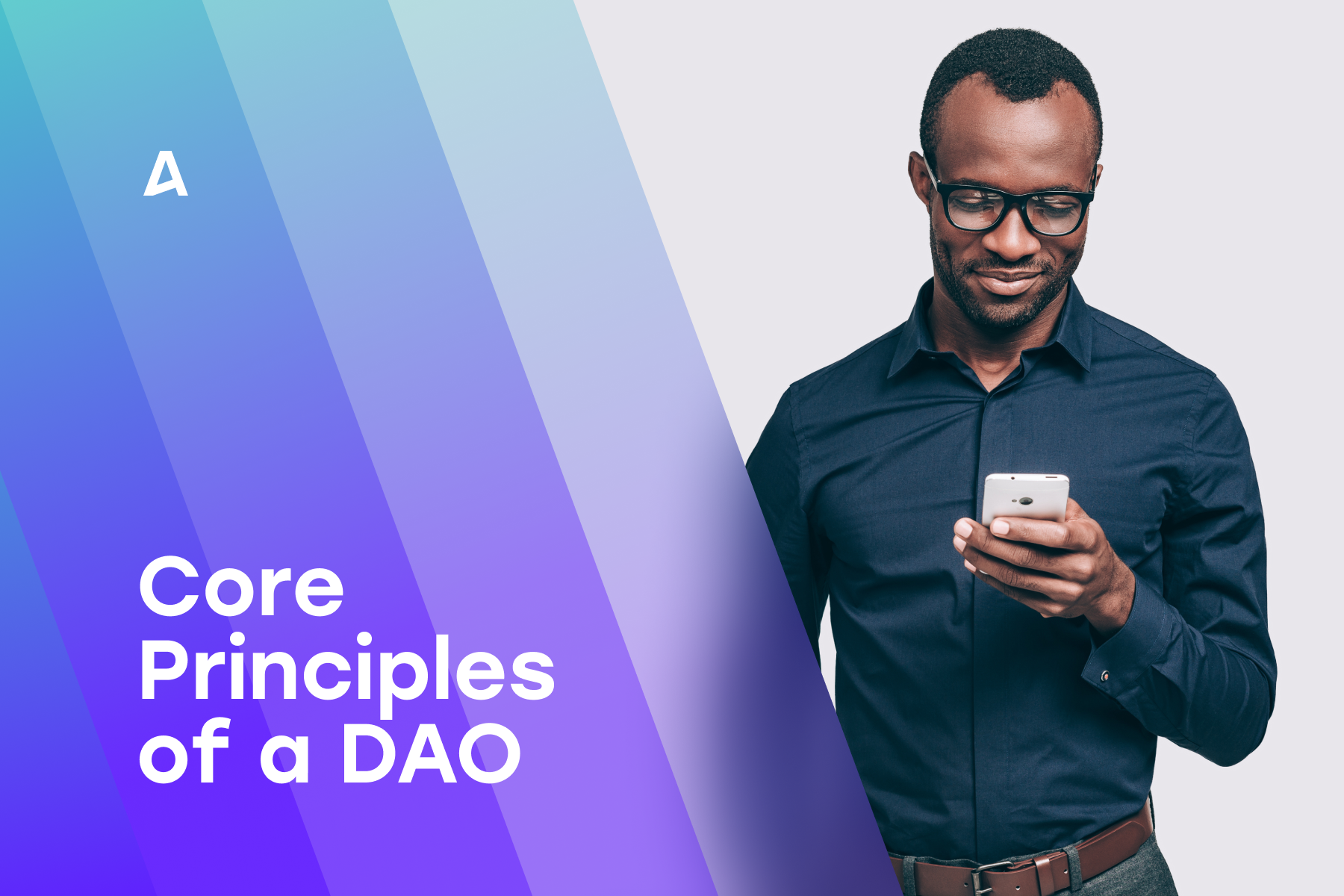 Discover the core principles of a DAO and what interesting properties are contained inside.

A DAO, or a decentralized autonomous organization, is an autonomous entity that is governed by smart contracts. DAO's consist of groups of people who own the tokens of a particular project. With the tokens, these people vote for certain project development proposals, with the number of votes a user has corresponding to the number of tokens they have.

The most famous and probably the largest DAO organization is Bitcoin which is the first cryptocurrency and the largest blockchain in the world. It operates on the same basic principles as all decentralized organizations.

Unlike traditional companies, DAOs do not need corporate rules, management and jurisprudence – all interaction takes place through smart contracts. DAOs function horizontally – there are no hierarchy or leadership positions, there are no people who can decide alone on certain issues.

Compared to classical organizations, DAOs give their participants more opportunities to control their own investments and the overall course of the project development. That is, there is implementation of the ideas of crypto-anarchism, which people have been chasing since the birth of the Internet.

As mentioned above, the mechanics of voting are based on smart contracts. The initiative group (usually the project developers themselves) creates a smart contract to count the votes in favor of a particular decision.

Core Principles of a DAO

The autonomy of DAOs are ensured by the fact that such an organization is essentially unregistered and is managed by the participants themselves – the owners of the voting tokens. Moreover, such organizations are not located at any particular place – they can be distributed all over the world. In fact, the only purpose of such organizations is to vote on various aspects of the project, and no more.

At the same time, DAO participants do not need to know each other personally at all (although this is not excluded), to meet somewhere physically and conduct face-to-face voting. This allows DAO to avoid pressure from third parties. Although, it is worth noting that, one way or another, all DAOs work with cryptocurrencies, and in many countries there are now laws governing the circulation and use of cryptocurrencies.

Autonomy is also ensured by the independence of such organizations from traditional financial and political institutions. Indeed, DAOs operate on the Internet, and it does not matter what country the developers or participants are in – in any case, the voting and all decisions will be unhindered. In addition, DAOs work with cryptocurrencies where it is enough just to have a wallet and an internet connection, without the need to open bank accounts.

Decentralization is ensured by the horizontal structure of DAOs. DAOs have no sole owner or board of directors, and each participant of such organizations is, in fact, an equal owner. The tool used to achieve decentralization is blockchain, which stores, among other things, smart contracts. And smart contracts already contain all the results of the vote and broadcast them accordingly to all participants of the DAO.

Thus, the DAO implements the principle of equality of all participants of the organization in making decisions. At the same time, there is a possibility to influence the decisions of those users who have large amounts of voting tokens.

To avoid this, some DAOs use the principle of quadratic voting, when the square root of the number of tokens, rather than the number of participants submitted to vote, is used to calculate the votes. This smooths out the “inequality” of participants, although not completely.

The functioning of a DAO is unthinkable without the principle of openness. This principle means that the mechanism of managing an organization (that is, voting on various issues) must be open and accessible to every participant of the organization.

In addition to the smart contract code, in all public blockchains (which can also be called DAOs, including Bitcoin and Ethereum) anyone can always view any transactions and the balance of any addresses in the network.

Of course, you can’t tell the name of the person who owns the address by its appearance, but the mere fact that it is available allows members of an organization to know the movement of money between addresses.

This principle means that the work of the project and organization does not require trust or control from any third party. Usually, DAOs are crypto-projects that operate on a blockchain, and blockchain, as we know, does not rely on any control or supervisory authority to operate.

Everything is run by code. Without this principle, the whole existence of DAOs would lose its meaning. Why make decisions, create something, etc., if these decisions will be influenced by various third parties?

DAOs are public organizations. This means that anyone can become a member and does not have to meet any requirements or be a citizen of any country. The DAO will accept anyone under its wing, regardless of nationality, skin color and political views. All you need to do is to become the owner of the voting tokens. And for that, in turn, you only need a cryptocurrency wallet and an internet connection.

Decentralized organizations are the backbone of the crypto sphere. A decentralized structure allows you to manage projects without being bound by the need to convene a board of directors, register them with the supervisory authorities, etc.

This gives greater mobility in decision-making and greater flexibility while preserving the principles of a democratic structure. Blockchain technology makes this all possible.

What is DeFi?
What is a DAO?
Altcoin Types and Real-World Use Cases
Special Announcement: Our Proudest Achievement to Date – META Strategy Soft Launch!