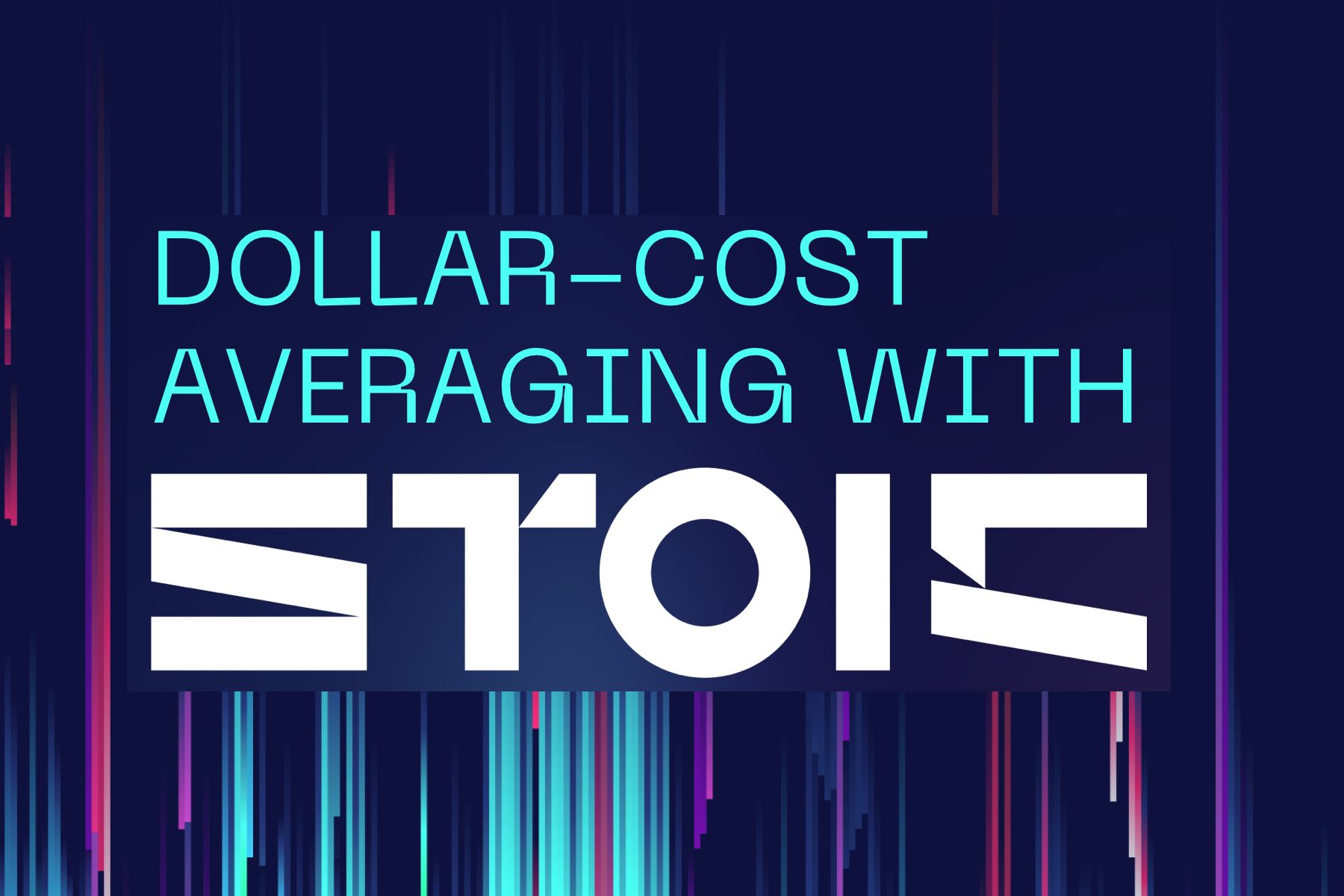 Dollar-cost averaging or DCA is a strategy for entering long-term positions with a better price and avoiding losses of jumping just before the crash. The idea is simple: instead of trying to find the perfect bottom price, invest at regular intervals. In practice, it could be tricky due to emotions. This post will explain how to use Stoic for DCA, using Cindicator’s treasury management as an example.

Stoic is an easy-to-use automated crypto trading app with AI. Simply install the app and connect it to your Binance account via API.

Under the hood, however, Stoic is quite complex. Stoic’s algorithm uses quant research and Cindicator’s unique crowd forecasting data to buy and rebalance an altcoins portfolio.

As the first step, forecasters on Cindicator’s collective intelligence platform create forecasts for altcoin prices. Cindicator’s AI then applies different weights to individual forecasts, assigning more weights to analysts who have better track records. The resulting indicators are then used as one of the inputs in Stoic’s algorithm.

Quant research is another major component in Stoic’s algorithm. The quantitative analysis relies on mathematical models that crunch pricing data (open, close, high, low) to identify momentum, reversals, and other persistent patterns. The algorithm then selects a long-only portfolio of altcoins. Instead of passively holding the portfolio, the algorithm rebalances it daily, regularly taking profits and cutting losses quickly.

Since Stoic publicly launched in September 2020, thousands of users connected Binance accounts that collectively hold tens of millions of dollars worth of crypto.

How to dollar-cost averaging works in crypto

As with any crypto portfolio strategy, the returns of Stoic’s portfolio depends on the entry timing. Those who entered the market well before the bull market have gained the most, generating annualized returns of 2500% and more.

Human psychology works against that. It’s scary to buy assets that just went through a major correction. And it’s tempting to chase the latest coin that moons. Of course, that’s usually the worst to buy.

Instead of looking at prices, commit to investing the same dollar amount at regular intervals. This could be monthly or even weekly. The more automatic it is the better.

Additionally, if you see a major correction, you can invest more during that period. This significantly improves the average entry price and produces better returns over the long term.

Applying this to Stoic, the approach could be as follows:

“Take profits. And when you do, buy something for yourself — a new smartphone or whatever. This helps to create a positive reward for your brain. This sends a message that what you’re doing is good. We’re aren’t robots. So over the long term, our brains would ask why should we bother with investing. The shot of dopamine from that treat helps with following the strategy,” says Nodari Kolmakhidze, Head of Treasury Management at Cindicator.

Cindicator as a company also follows a similar strategy.

Like any crypto company, Cindicator has a treasury of crypto assets. These funds are used to pay the rewards to forecasters on the collective platform as well as to pay the ongoing expenses, including salaries, tech infrastructure and so on.

In the hindsight, simply holding everything in BTC or ETH since 2017 would have been a great strategy. But crypto prices are very volatile and monthly expenses are fixed in fiat terms. During the dark months of the crypto winter, the treasury would have been depleted at an unsustainably faster rate, possibly forcing the sales of crypto at the very bottom.

When BTC, ETH, and/or altcoins go through strong bull runs, part of the positions are sold and profits directed into the stablecoins part. This temporarily creates an overweight in stablecoins, assets that lose value in the long term due to inflation. Yet they are stable in the short term.

Yet timing the perfect re-entry back into crypto is hard. As we’ve all seen, even major double-digit daily corrections could be followed by deeper sales. Or it could quickly turn into a strong rebound.

That’s why Cindicator’s treasury uses dollar-cost averaging to re-invest excess stablecoins. Every month a certain sum is re-directed back into BTC, ETH and the altcoins portfolio.

The altcoins part is managed by human traders on commissions (40% of profits) and Stoic (5% management fee).

In early 2019, Cindicator’s treasury started to allocate funds using DCA to a strategy that later became the basis of Stoic. The team gradually increased this to a sizable amount. In December 2019, some of the funds were turned into stable coins to reduce the risks. Then the allocation increased again in August 2020.

In May, shortly before the Bitcoin correction, Cindicator’s team minimized its exposure in Stoic. The profits were already meaningful enough to cover expenses for some time.

The performance of discretionary traders for the same period was +1,870%.

As was agreed, traders got 40% of the profits as commission. Stoic’s only fee was 5% of the initial investment. That amounts to just 0.25% of Stoic’s profits.

Even if you don’t have a multimillion crypto treasury to manage you too can benefit from this case study.

Here’s the general approach to dollar-cost average one might use:

If you believe in crypto’s long-term potential (otherwise why are you even reading this?), that’s a great way to benefit from increasing adoption. You don’t even need the time to research every asset and manually rebalancing the portfolio.

With DCA, there is no bad time to enter the market. The best time is only evident in the hindsight. The second best time is today.

Already use Stoic? Get 50% off

Then you can get a 50% discount on fees to take advantage of the current correction and seriously lower your entry prices. Just fill out this form and we’ll apply the discount manually. The offer is valid until June 29.