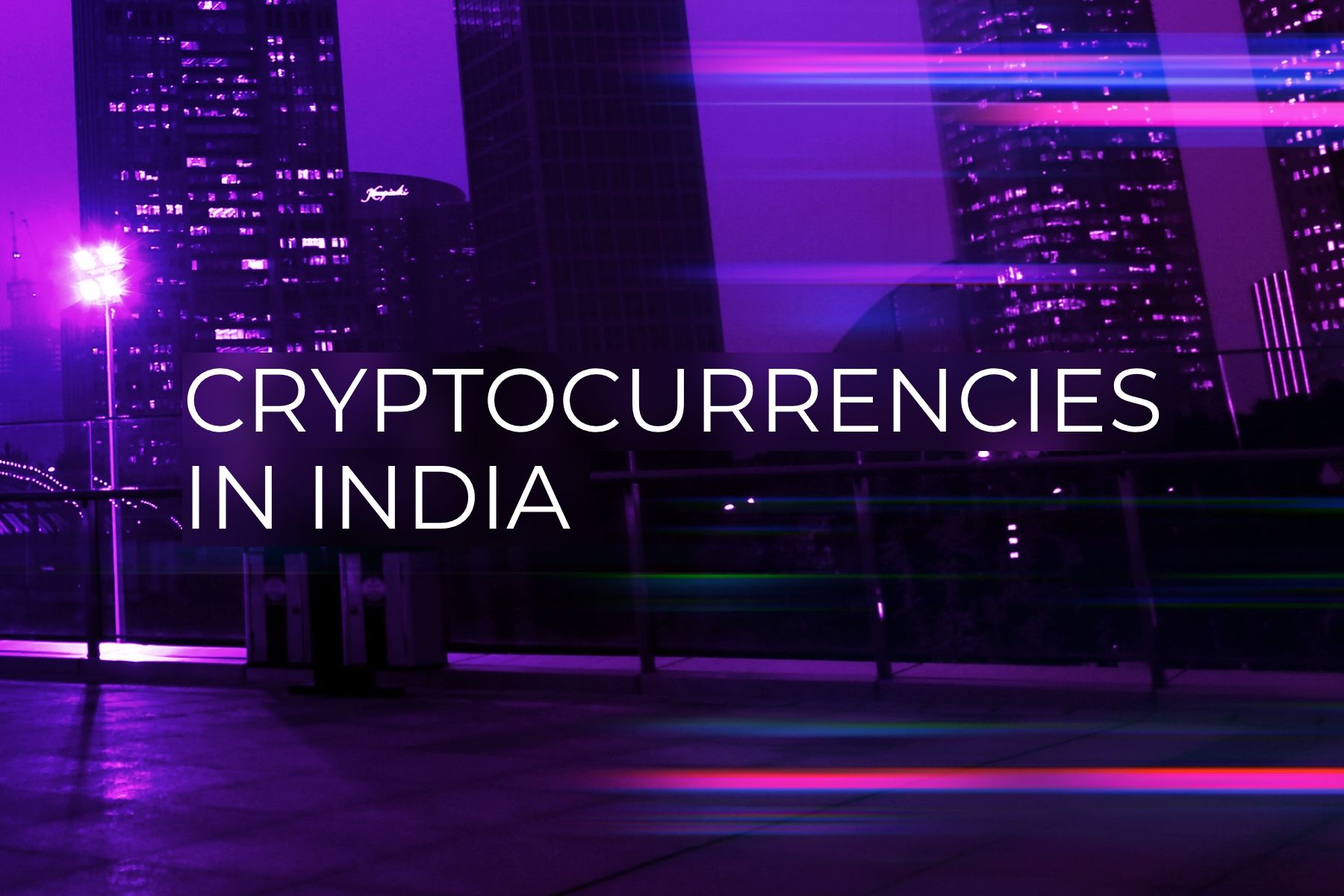 Guest post by Sudhir Khatwani is a member of the Cindicator community, Chief Editor at TheMoneyMongers and a bank professional turned Bitcoin proponent.

India is a global leader in payment and settlement systems. With the Unified Payments Interface (UPI), India’s digital payments ecosystem has been growing by 20% annually. However, when it comes to cryptocurrencies, India has been reluctant to continue its progressive stance. The skepticism is not misplaced, but the pace and outlook with which Indian regulators are looking at cryptocurrencies is pushing India back onto the global scene, resulting in a brain drain and creating friction with traders on the ground.

Though Indian crypto exchanges have been denied banking support from the Reserve Bank of India (RBI), Indian regulators have had a complex history with cryptocurrencies.

The RBI had warned against the risks of cryptocurrencies as early as 2013. While the statement was ambiguous and highlighted risks of value and volatility, this led to a temporary shutdown of several Indian exchanges. This had minimal impact but the RBI issued two more warnings.

Proliferation of crypto scams from India

These warnings do not seem extreme when we look at the biggest Bitcoin scam in India, conducted by a cryptocurrency guru named Amit Bhardwaj. Bhardwaj created GainBitcoin and MCAP, a multi-level marketing scheme to rope unsuspecting small investors into buying Bitcoin and sending it to his company in lieu of extraordinary returns. He promised 10% monthly returns in some cases. Investigations started as investors petitioned against the scam online and filed a police complaint in 2017. The scam has been valued at anywhere between $300 million and $5 billion. Bhardwaj was arrested, released on bail and is now facing a court case.

Similarly, Divyesh Darji, head of BitConnect India, was arrested in 2018 for allegedly scamming investors in a cryptocurrency worth $3 billion to $12.7 billion.

February 2018 saw the Finance Minister Arun Jaitley mention the fact that cryptocurrencies are not legal tender or payment systems in his Union Budget speech. Anyone using them as such will face the government’s heavy hand, as Jaitley appeared to indicate.

In April 2018, right after the parabolic bull run in the cryptocurrency market, the RBI banned banks from providing support to any individual or business dealing with cryptocurrencies. The circular meant all the exchanges in the country were left without a functional bank account. The RBI could not regulate cryptocurrencies since they are out of its jurisdiction. But it could withdraw the support of banks and every other regulated entity, thereby making it almost impossible for the exchanges to pay rent or salaries, or collect revenue from their customers.

The RBI later admitted that this ban had been imposed without studying cryptocurrencies. The ban even affected the police, who couldn’t cash out the cryptocurrency they seized from the GainBitcoin Ponzi scheme.

Prominent exchanges like Zebpay, Coindelta and Koinex shut shop following the RBI ban and the uncertainty of an unregulated environment. There was no clear communication about regulation from the RBI or the government.

Many exchanges moved to a peer-to-peer model replicating and improving upon the LocalBitcoins model. Without banking support, exchanges could still carry the order books and connect buyers and sellers who would then transact with each other. This also resulted in the closure of several individual bank accounts. If a bank transaction narration mentioned the words crypto or Bitcoin, banks would close the user’s account.

Many crypto companies like Matic, Marlin, and Zebpay just moved to friendlier countries. An estimated 95% of 3,000 jobs were lost.

The Internet and Mobile Association of India (IAMAI), a non-profit industry body, filed a writ petition against the RBI circular. Petitioners asked for regulation instead of a blanket ban. IAMAI also issued a statement saying that the RBI does not have the authority to issue such a ban.

Ashim Sood, representing the IAMAI, claimed that the ban is unconstitutional since it hinders free trade. This was the most important point, as free trade is a constitutional right. And the RBI, could not obstruct a citizen’s right to trade without reasonable proof. Sood also explained how the US states regulated cryptocurrencies and that they could use the Howey Test to determine whether transactions are an investment or not. They drew upon FATF guidelines that offer suggestions on dealing with the illegal use of cryptocurrencies. The Supreme Court of India asked the RBI to reply on a point-by-point basis since its reply was not “thorough enough”.

The case has been postponed and will be heard in 2020.

In 2017, an inter-ministerial committee was formed to recommend suitable action pertaining to cryptocurrencies. This committee was supposed to study cryptocurrencies, understand their impact, look at regulatory frameworks in other countries and propose a way forward. Led by Subhash Garg, the committee took quite some time before putting forward a draft bill.

To everyone’s surprise, the Garg committee recommended a complete ban on cryptocurrencies and a jail term of 10 years for anyone dealing, mining, promoting or using cryptocurrencies.

The bill said: “no one shall use cryptocurrency as a medium of exchange, store of value or a unit of account”. The report even recommended the creation of an official digital currency regulated by the central bank.

The report did not fail to mention the benefits of distributed ledger technology (DLT). It recommended using DLT for various banking and financial services including loan tracking, collateral management, fraud detection, and claims management. The narrative was perceived as referring to blockchain, and not Bitcoin.

Criticism of the crypto bill

The bill received criticism from domestic and international crypto enthusiasts. The bill had several loopholes and unattended threads. It called Bitcoin a “private cryptocurrency”. It suggested punishment without any clarity on how it would be implemented. The bill also failed to provide an exit route for existing crypto holders. Industry observers also pointed out that it is impossible to use DLT or blockchain technology without crypto assets to back them. It is widely accepted in the industry that without cryptocurrencies, blockchain is just another database.

The committee that drafted the bill clubbed all cryptocurrencies together in a single basket. They did not categorise currencies, securities or utility tokens. This is a glaring oversight that points to the fact that the committee did not dive deep into this new technology. If they were to ban digital currencies including utility tokens, the question of non-crypto utility tokens is staring right at us.

Crypto enthusiasts also noted that the ten-year jail term, which was more than for criminal punishments like rape, was clearly unreasonable.

NASSCOM, India’s industry body for tech and startups, issued a statement saying that banning cryptocurrencies was not the solution. Their recommendation was that the government should “develop a risk-based framework to regulate and monitor cryptocurrencies” instead of a blanket ban.

The bill hasn’t been introduced in parliament as of yet. It was postponed until after the winter session and is likely to be presented in 2020.

Despite the gloomy regulatory environment, giant global players have entered the Indian market. OKEx and PaxFul entered earlier this year. Recently, Binance entered the Indian market via the acquisition of WazirX, one of the top exchanges in the country. WazirX’s peer-to-peer engine will be integrated with Binance’s fiat gateways to support buying and selling in Indian rupees.

India’s Supreme Court has heard the RBI counsel’s arguments and postponed the case to 14 January 2020. The case has been postponed multiple times. There is currently no timeframe for a decision that can be relied upon.

While this goes on in the court, a Twitter campaign started by Nischal Shetty of WazirX with the hashtag #IndiaWantsCrypto has been running over 400 days. Every day, Nischal and many other participants in the community tag the Prime Minister and the Finance Minister of India.

There has been no effect of this ban on the global stage. However, India is at a loss as many blockchain companies and developers are choosing to move to other countries for better opportunities and a friendlier ecosystem. While trade volumes in India may have dipped, Hodlers are staying put.

On 6 December 2019, the RBI said that it is planning to launch a cryptocurrency. It will be a sovereign digital currency and will be released by the RBI. They reiterated their stand of being against any “private” cryptocurrency. Shaktikanta Das, the governor of the RBI, also mentioned that it is “too early” for the initiative because the technology is at a nascent stage.

The RBI and the Indian regulators are still unclear about how cryptocurrencies work and the fact that it is impossible to ban decentralised currencies like Bitcoin. The reports contain misleading arguments and uninformed points. However, it seems unlikely that this stand will be reversed anytime soon.

On the other hand, global players have partnered with Indian startups to take them to a global level and keep the ball rolling in India. There is hope with multiple camps putting up a fight on Twitter, through petitions and in the courts. The decision is far from certain.

And that’s what India is doing right now with Bitcoin-like cryptocurrencies.