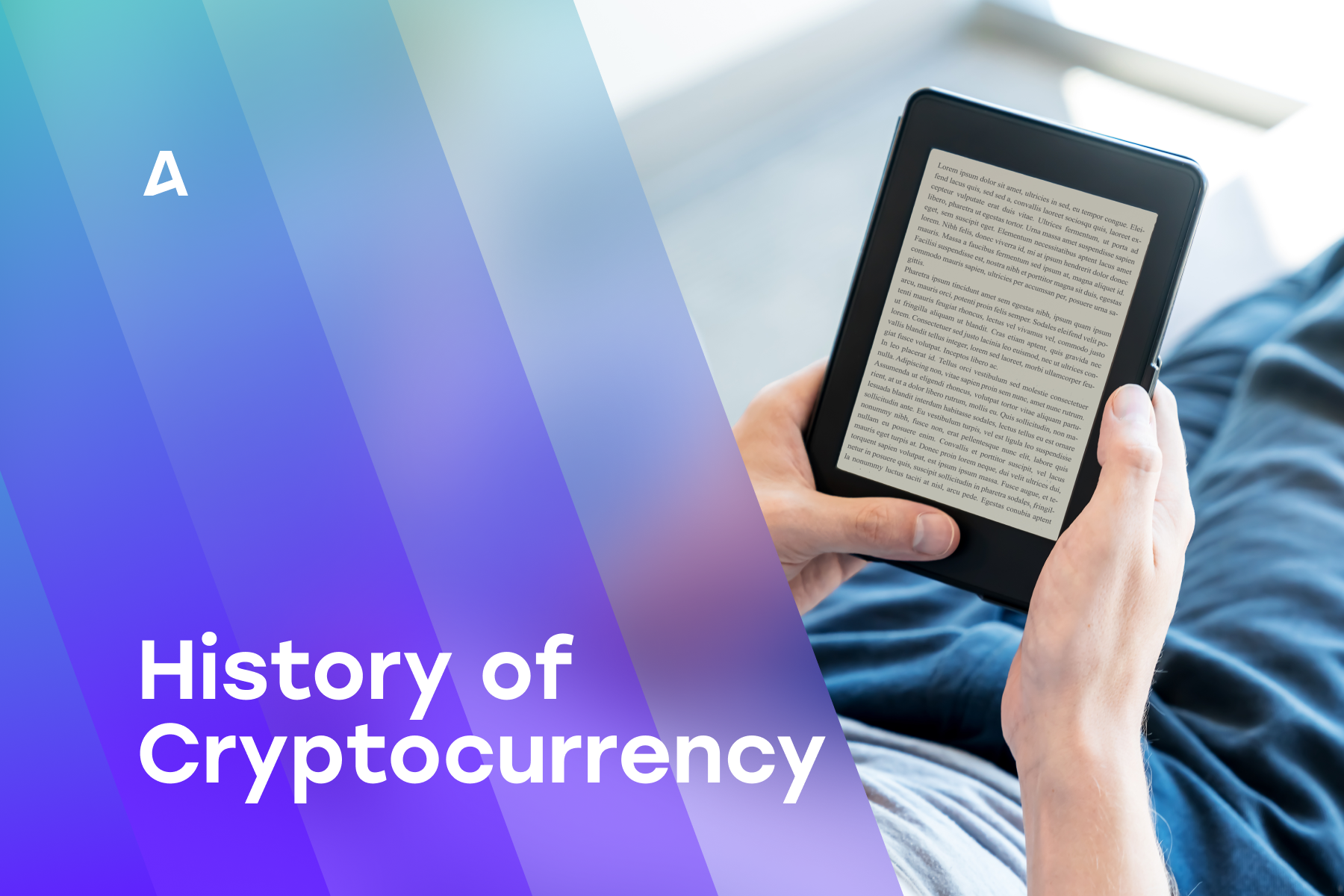 Discover how cryptocurrency began and what technology has been born as a result of this breakthrough.

The first discussions of modern cryptocurrency dates to 1998 in a paper written by Wei Dai, while the earliest ideas about a digital currency began in the 1980’s. The original attempt at digital currency was called “Digicash.” Digicash failed due to a fatal flaw in the system that rendered it useless.

Further, the concept of a digital currency did not gain much traction for many years. However, a small group of people on the internet (often called the cyberpunks) continued to explore the idea of a cryptocurrency. Cyberpunks included some names that you may be familiar with, such as WikiLeaks founder Julian Assange.

A Jewel Formed Amidst the Crisis

Following the 2008 financial crisis, a person (or group of people) acting under the alias “Satoshi Nakamoto” sought to offer a new financial system to the world. The development of Bitcoin was motivated by Satoshi’s deep frustration and anger with what he, or they, believed was a corrupt financial system that benefited the rich, screwed the poor, and was run by irresponsible people who did not care about the wellbeing of the average human.

As we now know, the cryptocurrency industry has amassed significant value and interest in the 12 years it has existed, with tens of thousands of new cryptocurrencies being created, and Bitcoin itself has accumulated more value in 12 years than any other asset in the history of the planet. At its peak, Bitcoin was the 8th most valuable asset by market cap on earth.

We began to see new applications of blockchain in XRP, Ethereum, Stellar, and many others. For many years, however, there was significant skepticism about the industry. Many people viewed blockchain as a solution looking for a problem, and many saw it as silly. The same skepticism was viewed of the internet.

A small but fun way to articulate this is in a short story. In the 1990’s, a mother attended a focus group simply to put some extra cash in her pocket. At the focus group, they asked her all sorts of questions about the internet. They asked her things like “What do you think about the idea of shopping for your groceries on the internet” and “What do you think about the ability to pay all your bills on your computer?”

As you read this you’ve probably ordered UberEATS or Instacart recently, and you likely pay your rent and utilities on the internet. The mom laughed as she told her son that she responded to these questions by calling the focus group leaders “crazy” and nobody would ever buy groceries on the internet.

This anecdote can be applied to blockchain. If you asked a focus group today questions like “what do you think about all your money being digital?” they might be agreeable, as cash is beginning to disappear. A question like “What do you think about holding an election on the blockchain?” might raise an eyebrow. Regardless of your politics, everyone is aware that there were accusations of election fraud in our previous presidential election.

Instead of fueling the fire and yelling into the void, blockchain actually provides a shockingly obvious answer to this. NFT’s can be used as voter registration and can be used to cast votes. Participation in democracy would skyrocket, as this is possible to do with a cell phone, and if it’s on a blockchain, impossible to question the results.

The history of cryptocurrency is very short, and we will all live through the majority of its early history. Even today, when people are getting interested more than ever before, a tiny fraction of the world owns cryptocurrency. What makes cryptocurrency so exciting to those of us who follow it personally and work in the industry, is the fact that every day is different and there is a sense of excitement that comes with being on the forefront of this technological evolution.

Blockchain: The New Internet of the World

2 billion people in the world do not have a bank account. With cryptocurrency and blockchain, they only need an internet connection in order to tap into the western financial system. This means that a poor family in India can buy into an Index fund. While it may be a small amount, it could change their life.

Unlike traditional markets such as the stock market, the cryptocurrency market is open 24/7/365. It does not close at 4PM, nor does it close for holidays. The integration of blockchain in the stock market will allow stocks to be traded in the same way.

Cloud storage was a revolutionary way to store information, but these cloud storage systems get hacked routinely. Cloud storage on the blockchain already exists and is incredibly secure (and cheap!). If iCloud moves to a blockchain, you read it here first.

Many people fear the idea of a digital Identity based Social Credit system. Crypto can provide a private-but robust digital Identity alternative that can allow for amazing solutions to so many issues (such as any doubt in the integrity of elections- which we do not have an opinion on other than acknowledging some have questioned it). Further, you could use this ID to sign into websites, enter concerts and bars, purchase a plane ticket, etc. while still maintaining your fundamental right to privacy.

Brave Browser has 50 million monthly users. It’s a fantastic browser (on par with browsers like Chrome, Safari, and Firefox) that not only protects you from trackers and data-harvesting companies all over the internet, but you also get PAID to have advertisements (while still protecting your data). Imagine getting paid to simply scroll on twitter? It’s not going to replace your paycheck, but it’s existed for years at https://brave.com/.

Sick of getting a few pennies in interest from your bank? DeFi (while still growing and becoming safer) can offer you 5,7, even 10% APY on your savings account. Inflation isn’t fun, but people who use Defi responsibly are shielded from it.

Alternatively, you may not be able to afford a $10 Million dollar apartment building, but you could buy 1% of the building as an investment and earn a share of the rent. Real assets tokenized and fractionalized on a blockchain will bring an entirely new financial world. The global real estate market is estimated to be around 200 trillion dollars. Imagine making that a liquid market like the stock market? The opportunities will be endless.

Did you know that music streaming services totally abuse the artists that use them? Spotify pays something like 1/10 of 1 cent per 1,000 streams. With the use of NFT’s, a blockchain based music platform could give a significantly larger portion of revenue to artists. While this type of platform has not gained much traction yet, there are multiple start-ups trying to accomplish this.

The best part? It’s far from too late. Many people may see the current bitcoin price and think they missed the boat. Sure, you missed the opportunity to retire on a luxury yacht by buying Bitcoin at $1, but remembering that there is only 21 Million bitcoin is important. If you own even .28 Bitcoin, you could be in the top 1% of wealth in terms of bitcoin forever.

History of Cryptography
What is a Crypto Market Cap?
What is a DAO?