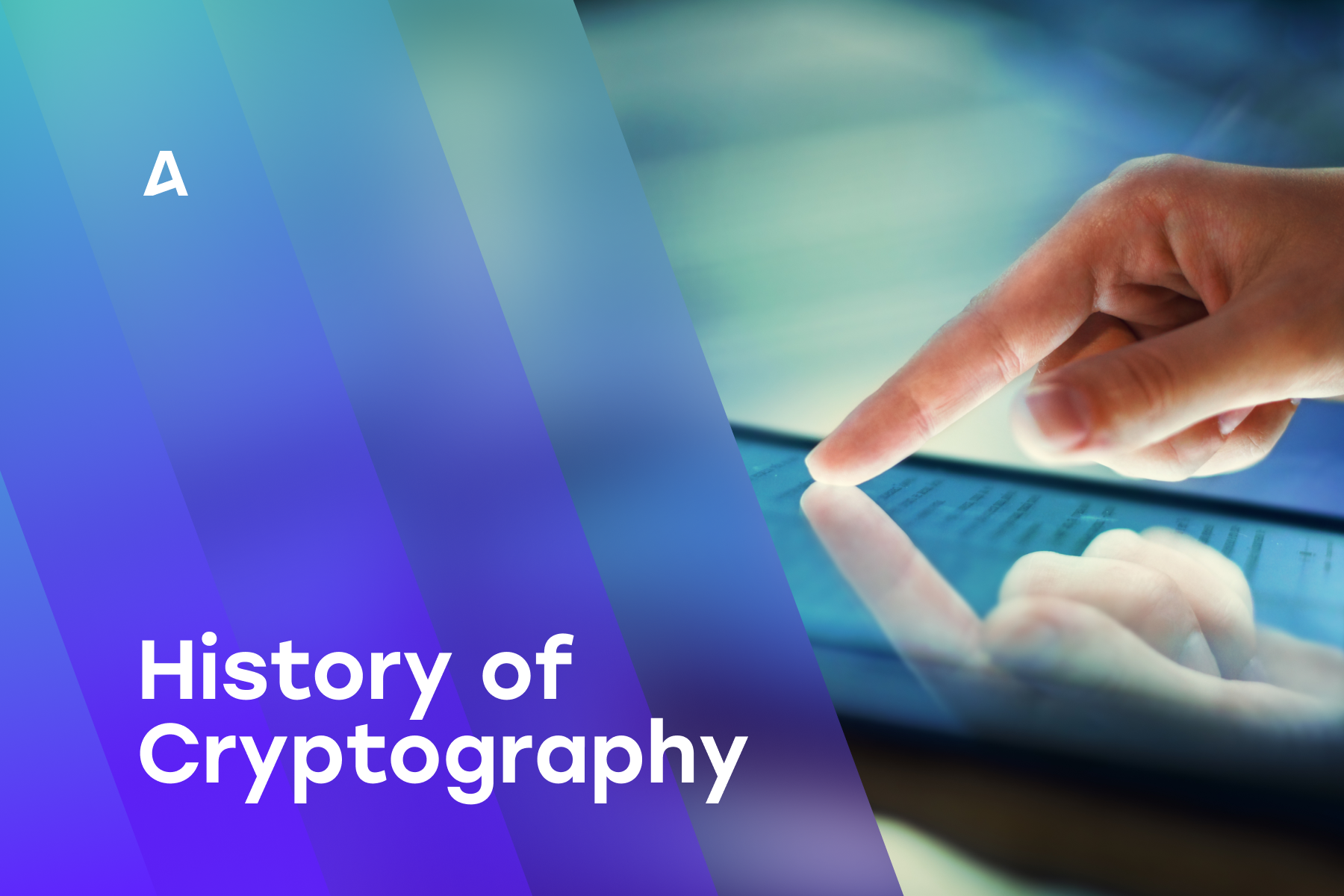 Discover the history of cryptography and what it means as it applies to 21st century technologies.

While Cryptography is a practice dating back thousands of years, the formal study of it is relatively young. It has only begun to be formally studied as a science in the last hundred or so years.

Cryptanalysis rose around the same time as a formal science, which focuses on the breaking of cryptographic systems. Cryptography is used to secure and hide information from an unwelcome outsider. It’s been used in wars throughout history, and breaking cryptographic systems can be a very important, albeit seldom talked about, part of winning a war.

The earliest evidence of cryptography dates to 1900 BC and has been used and improved with technology throughout history. In early forms, cryptography was used for a variety of reasons. It could be as simple as protecting a family recipe or used to send messages to generals on the battlefield.

Technically, in its earliest context, cryptography was simply written messages. This was considered, by definition, cryptography, because so few people in this ancient time were literate. When literacy became more prevalent, encoded messages became the next evolution of cryptography.

In 800 AD, Al Kindi, an Arab mathematician, wrote a book whose title translates to “Manuscript of the deciphering of cryptic messages”. This book outlined important methods of cryptoanalysis (the cracking of cryptographic messages) in medieval times.

Cryptography was the reason the U.S joined World War I. The famous Zimmerman Telegraph was decrypted using cryptanalysis, giving the US intelligence that pushed for their involvement. Cryptography quite literally altered the course of history, and this isn’t the only time.

A Good Example of Cryptography

One of the best examples of cryptography in history is the Enigma system during World War II. Enigma was the German cryptographic communication network, considered unbreakable and allowed the German and Axis powers to communicate without the Allies gaining access to such important information.

Alan Turing famously broke Enigma through cryptanalysis, and this achievement is estimated to have shortened the war by almost two years and saved over 100,000 lives. A famous movie was made about him called “The Imitation Game.”

The movie does a great job of showing the complexity and importance of cryptographic systems, and how they can make a huge difference in the outcome of something as prolific as World War II. If anyone is interested to learn more about cryptography in history, The Imitation Game is at the top of the list of things to watch.

Law Enforcement and Internet Sleuths alike continue to attempt to crack the Zodiac Killer’s cyphers in hopes to one day reveal the identity of the infamous serial killer. Even so many decades later the Zodiac Killers ciphers remain a challenge to the best and brightest who have tried to crack them.

The most important advancement in cryptography came after World War II, which saw the invention of two mathematically related keys for the encryption of the same message. This is like the concept of a private and public key for a cryptocurrency wallet.

Many people don’t know this, but the concept of electronic money was first hypothesized in the 1990’s, around the same time the internet was evolving into what it is today. The problem with the original proposal of digital money was what is called “double spend.” There was no solution to the possibility that someone could simply “copy” their money and send it to someone else. Satoshi Nakomoto’s blockchain idea was the solution to the double-spend problem, and blockchain essentially combined cryptography with transmitting digital information.

In theory, cryptanalysis could potentially find a way to break the cryptography in the Bitcoin network (or other blockchains), but the current estimates are reassuring. Assuming Bitcoin and other blockchains never see an upgrade in their security (they most likely will), it would take a supercomputer multiple decades to crack the blockchain cryptography.

The strength of cryptography is the bedrock reason that cryptocurrency, at its peak, reached a market capitalization of three trillion dollars. While it’s down significantly along with the rest of the global markets, the technology has proven itself to attract an immense amount of capital in a very short period.