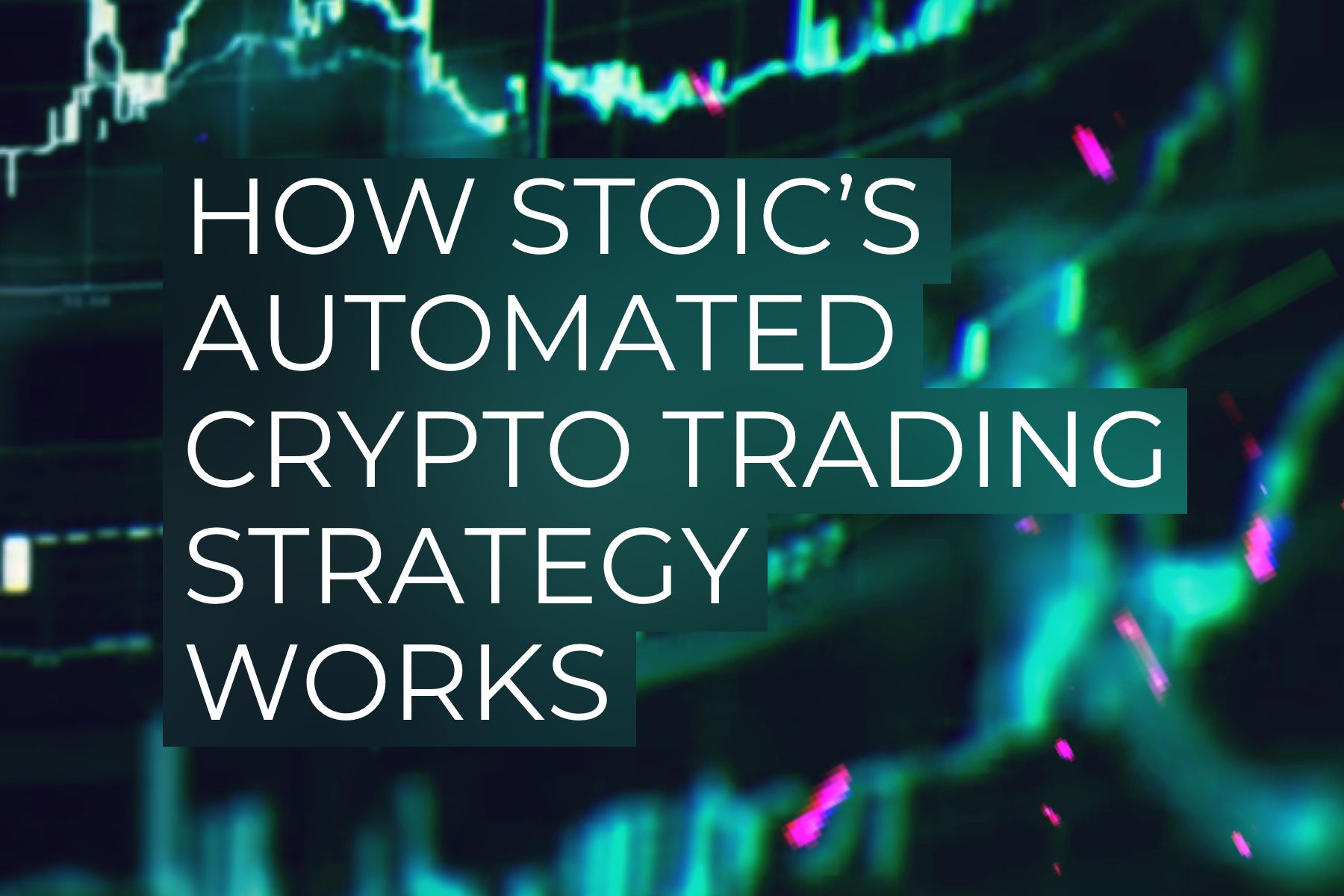 Cindicator's Stoic publicly launched in September 2020 and since then thousands of users connected it to Binance accounts with over $20 million in crypto assets. Since live trading started in March 2020 (at first it was available by invitation only), the strategy made +2,193%, beating Bitcoin.

Yet many new users wonder: how exactly does Stoic’s strategy work? This post will answer this in details.

What assets does Stoic trade?

Stoic’s current strategy is a long-only altcoins portfolio. It aims to build and rebalance a diversified portfolio with many different assets, regularly selling assets that performed well to take profits.

Stoic’s algorithm selects from among crypto assets with at least $10 million in daily trading volumes. This excludes the less liquid assets, positions in which would be hard to enter and exit on daily basis. A volume threshold also weeds out trading pairs that could be potentially manipulated.

At the same time, it’s not only the large-cap assets that everybody knows but also the up-and-coming crypto assets. For example, when many popular Defi and NFT platform assets became available on Binance and crossed the threshold of $10 million in volumes, Stoic’s algorithm added them to the portfolio.

How are weights selected in the portfolio?

The current algorithm assigns weights based on quant research, which identifies recurring patterns in market data. Cindicator’s Hybrid Intelligence forecasts add another dimension to this analysis. In general, the Stoic algorithm aims to identify the trends and follow them while the risk/reward is positive while also regulating the risk/reward ratio based on the market conditions.

Stoic’s portfolio is not capital-weighted. In a cap-weighted crypto portfolio, each asset’s weight is based on the market cap — that would put most of the portfolio into Bitcoin, ETH, and BNB. By just going into the Stoic app and tapping the portfolio you can see that this not the case.

It’s also not an equal-weighted index. Putting equal amounts into a large number of assets is a simple way to achieve diversification. But some hyped up assets might temporarily break into the top-20 (or other filtering criteria). If such an asset would then fall from the top, it would be sold completely from the index, at a loss. As a result, over a longer period of time, equal-weighted portfolios would underperform.

Here’s how Stoic’s portfolio compares to just holding BTC and a capital-weighted portfolio with daily rebalancing.

How frequently is Stoic rebalancing?

Stoic rebalances the portfolio once a day. Cindicator’s research shows that it’s the optimal approach considering possible lag between the signal and execution, as well as factors such as slippage and exchange fees.

On average, Stoic does 20-30 trades a day. Doing this manually would add up to hours of work to just execute orders, without even taking into account all the underlying analysis.

In general, overtrading is a big concern in crypto. Seeing moonshots drives many traders to jump on the bandwagon. Usually, that happens when it’s too late and the price is about to crash. Stoic eliminates this issue: it methodically opens and close positions every day so you don’t have to FOMO buy anything.

How would the strategy behave in a market sell-off or a ‘Black Swan’ event?

Because Stoic’s current strategy is long-only, during a market correction, it will also show temporary losses. Yet the algorithm should cut losses faster, decreasing the depth of the drawdown when compared to manual trading or a capital weighted portfolio.

Black Swans are events that are outside of what’s normally expected. By their nature, they are highly unpredictable. Cindicator’s Hybrid Intelligence has previously predicted some Black Swan events like Trump’s election in 2016 or the bottom of the coronavirus market crash. Of course there is no guarantee that this will happen again. Still, Cindicator’s team of in-house traders and quant research gather every week to review Hybrid Intelligence data and consider any changes to the algorithm.

What does Stoic’s hedge do?

Stoic’s hedge settings let users select the share of the portfolio they want to keep in USDT. Keeping a part of the portfolio in USDT will reduce potential gains but will also reduce the overall volatility and the depth of any drawdown. This could be the right thing to do during a period of market turbulence.

Stoic’s algorithm might also activate the hedge even without the user’s settings. This is primarily done to take profits and prevent losses after a period of strong performance. That’s because a surge in prices is usually followed by a correction. For example, in December, the Stoic algorithm temporarily converted all assets into USDT to take profits after high double-digit daily returns. After that BTC and ETH corrected by 8% while other assets were down even more.

It’s important to note that while the user’s hedge settings take 24 hours to activate, the automatic hedge is executed without a lag.

Is there shorting or leverage?

Stoic’s current strategy does not use short selling.

In future, Stoic will introduce long-short strategies that could also open short positions that would be profitable during corrections. Yet these strategies also have higher risks: shorts have funding costs and theoretically unlimited downside risks.

Stoic does not use leverage. Crypto is risky as it is and adding leverage to a highly volatile instrument is very likely to lead to losses.

What exchanges work with Stoic?

Stoic current works only with Binance and Binance US — most people have access to one of these exchanges. More exchanges will be added later. Even if your prefered exchange is not yet available, you can install the app and check out how the demo portfolio is doing.