Intricacies of the Bitcoin Blockchain 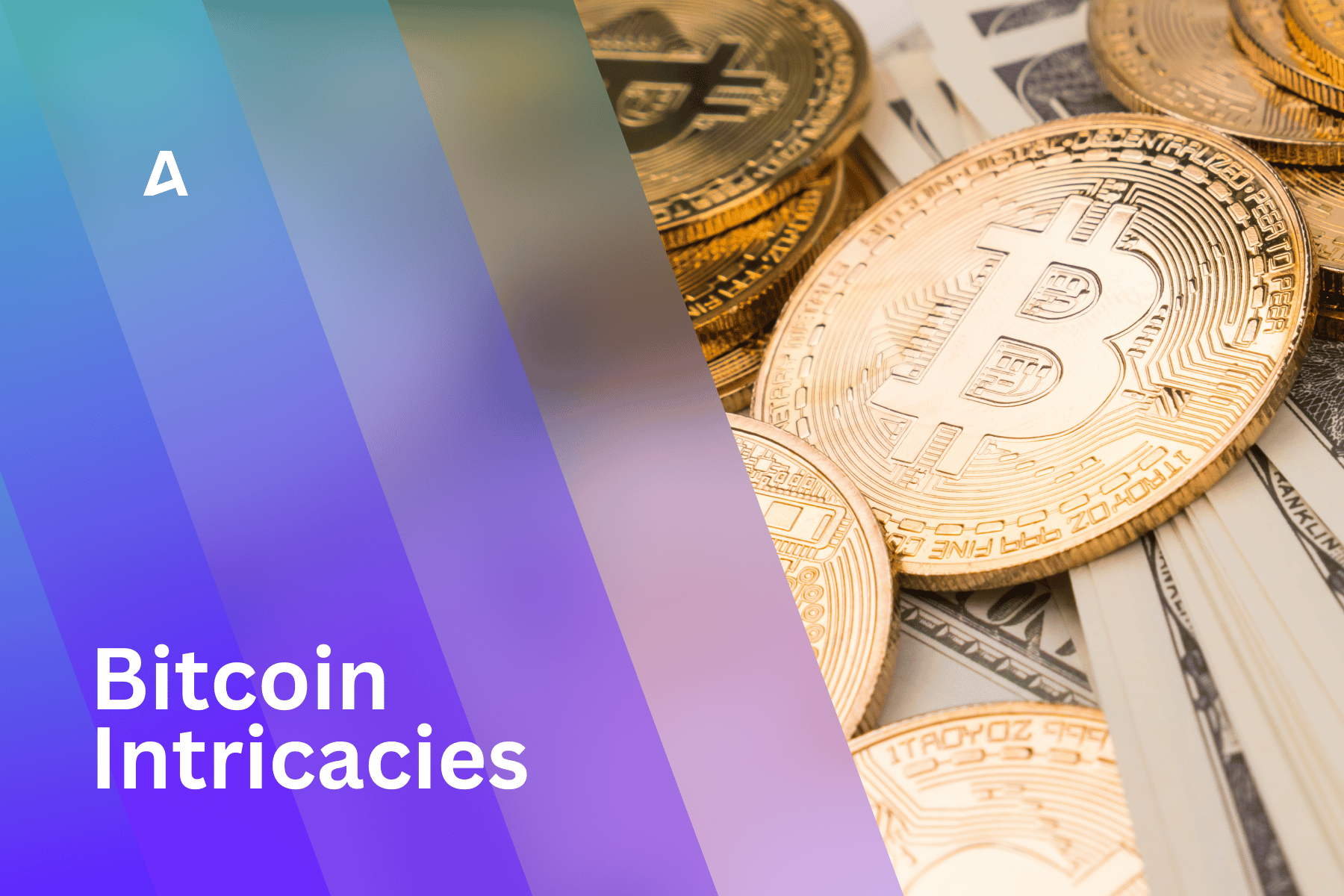 A deep dive into the core of the Bitcoin blockchain, solving the double spend problem, and utilizing high-end cryptography.

The Bitcoin Whitepaper was first published on October 31, 2008, on a cryptography mailing list on a platform called Metzdowd, either by an individual or group of people calling themselves Satoshi Nakamoto.

This whitepaper explained Bitcoin as a concept founded on cryptography, secure communication technologies, and the creation of protocols that prevent third parties from accessing private information. While Satoshi Nakamoto’s identity remains unknown, their idea has gone on to revolutionize money through the use of disruptive blockchain technology.

In this article, we’ll look at the technology that powers the Bitcoin ecosystem and how the network utilizes it to operate effectively as a decentralized medium of exchange.

Transactions Are Confirmed on the Bitcoin Blockchain

How the Confirmation Process Works

Proof of Work (PoW) blockchains, such as Bitcoin and Litecoin, rely on miners across the network to verify transactions.

When you initiate a Bitcoin transaction, you receive a unique and automatically generated private key. You then use this key to request the transaction, which is broadcasted on the Bitcoin network. Once broadcast, miners take your request, along with many others, and privately mine the coded request to ‘solve it.’

Once a miner has solved the request, they add it to their version of the blockchain ledger. Other miners then confirm the first miner’s proposal before this new block is added to the public blockchain. By being added to the blockchain as part of a block, your transaction is now confirmed and complete.

A mathematical connection exists between every block in the blockchain as well as the block before it. The block following the one containing your transaction, and every other block after that serves as further confirmation that your transaction is valid.

A new block containing all the most recent Bitcoin transactions is added to the blockchain roughly every 10 minutes. This fact implies that your transaction gets its first confirmation within 10 minutes (usually much less) of making the request.

The Bitcoin blockchain can only process seven transactions per second on average. This alone is not enough to make the network reliable enough to handle the millions of transactions daily. Faster and less expensive payment systems are thus necessary if Bitcoin is to remain a medium of exchange. One such payment system is the Lightning Network.

The Lightning Network is a layer two protocol that allows Bitcoin transactions to take place off-chain. These transactions aren’t recorded on the blockchain and thus do not require mining, making them extremely fast and inexpensive.

Unlike on the Bitcoin network, transactions on the Lightning network aren’t publicly broadcast. Instead, individual Lightning nodes running the Lightning Network software conduct private transactions with one another via channels. These channels are bidirectional with a set bitcoin capacity. This capacity is shared by the channel’s two parties, and bitcoin is moved from one side to the other via Lightning transactions.

Double spending refers to a case where a single digital token can be duplicated or falsified to be used more than once.

Traditional financial systems address double spending by using trusted third parties, like banks, and rely on governments to maintain the integrity of these third parties. Bitcoin on the other hand, addresses it by utilizing a distributed ledger (blockchain) composed of time-stamped batches of transactions (blocks) to record all network transactions.

The blockchain is a distributed ledger stored independently by a global network of computers known as nodes. Each node maintains a complete record of all transactions, and all nodes work collaboratively to update each other as new transactions and blocks are created.

By keeping a complete record of all transactions, nodes can ensure that all coins were minted per Bitcoin’s emission schedule and that no coin was double spent, all without relying on a third party. Moreover, blocks are strictly linear and chronological, meaning that if two transactions attempt to spend the same bitcoin, nodes can objectively determine which of the two transactions is valid.

Cryptography is a field that deals with the study of secure communication techniques, restricting message contents to only the sender and intended recipient. Encryption and decryption, hash functions, and digital signature algorithms are all fields of study within cryptography.

Data encryption is a computing process that converts plaintext (human-readable data) into ciphertext (encrypted data), making it only accessible and understandable to the intended parties. Decryption, on the other hand, converts the ciphertext back into plaintext.

The Bitcoin network is an open, distributed database and thus all data passed between nodes is encrypted to allow strangers to interact over the Bitcoin network. The decryption key is the user’s wallet password.

Encryption is applied in some network services, such as Bitcoin wallets, which require higher levels of security and privacy. Most Bitcoin wallets use a variety of encryption schemes to encrypt their data and securely store private keys. One widely used encryption algorithm, considered extremely secure, is The Advanced Encryption Standard (AES).

Hash functions in computer programming are mathematical functions that take any data as input and produce an output with unique properties. The output of a hash function is known as the message digest, or hash value. This value is usually a large number that is typically represented in hexadecimal notation- an encoding scheme that uses a 16-character alphabet including digits 0-9 and letters A-F.

The Bitcoin network relies heavily on SHA-256 for all hashing operations and its Proof-of-Work mechanism because of its balance between security and generation complexity.

A block must have a hash value that’s less than a specific threshold for a miner to submit it to the network. Hashing is a random and unpredictable process that makes finding a valid hash only possible through a series of rigorous guesses.

Hash functions also ensure the immutability of Bitcoin. A Merkle tree is constructed within each block by calculating a single hash of all transactions in the block to ensure that every transaction is immutable.

A Merkle tree is a data structure designed to facilitate the verification of large amounts of organized data by linking them together with various cryptographic, and information management techniques.

A digital signature is similar to a physical signature in that it confirms the authenticity of data, but it is far more secure and trustworthy. It is also unique to each piece of data being signed which means that it cannot be copied and pasted.

Bitcoin uses an elliptic curve, cryptography-based (ECC) digital signature algorithm called ECDSA. Even though digital signatures are commonly used to sign transactions and send bitcoin, ECDSA allows any type of message to be signed with a private key.

The Bitcoin network also allows sending pieces of bitcoin, called UTXOs, to a public key that can only be unlocked using a valid signature from the corresponding private key. This signature is then published to the blockchain, allowing anyone on the Bitcoin network to confirm that the signature, public key, and message match.

The digital signature design enables Bitcoin to function on its own as a decentralized, peer-to-peer value network.

· Bitcoin’s decentralized financial system is made possible by cryptography

· When a transaction is added to the blockchain as part of a block, it becomes complete and immutable