Intricacies of the Ethereum Blockchain 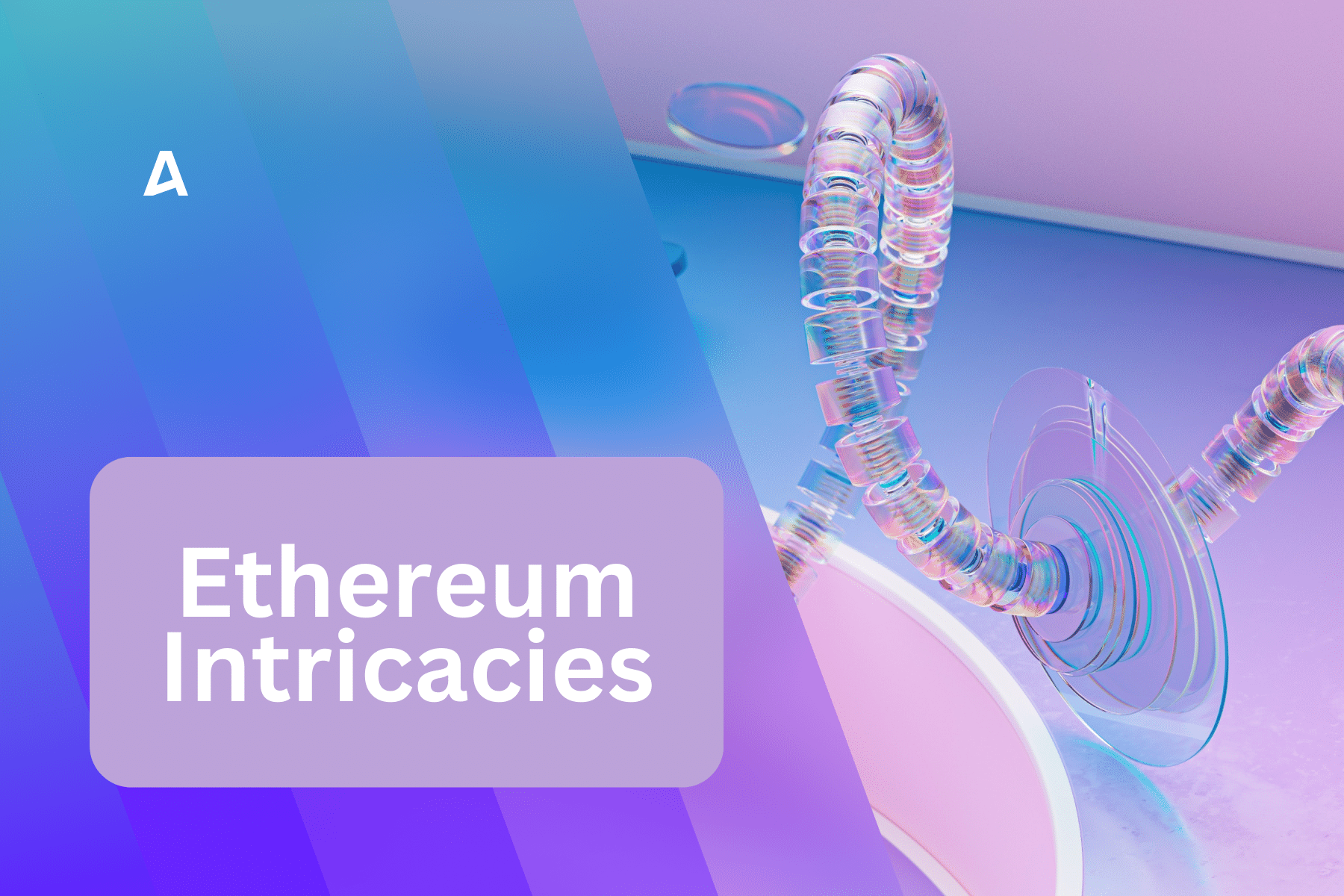 A deep dive into the Ethereum blockchain, proof-of-stake, sharding, and layer-2 scaling solutions.

Ethereum is the largest, open-ended, decentralized software platform. Its native token is called Ether (ETH). Ether’s primary use cases are: trading on exchanges, holding as an investment, purchasing goods and services, and paying transaction fees on the Ethereum network.

Ethereum allows the creation and deployment of smart contracts and decentralized applications (dApps) without interruption, control, or third-party intervention. The network does this by implementing its own programming language, solidity, which runs on a virtual machine called the Ethereum Virtual Machine.

The Role of EVM In the Ethereum Network

The Ethereum Virtual Machine, commonly known as the heart of Ethereum, is a software platform used by developers to build decentralized applications (dApps) as well as create and deploy smart contracts on Ethereum. It offers developers a suite of development kits, application templates, and other tools to help them deploy these dApps more effectively.

The Ethereum Virtual Machine (EVM) is Turing complete. A machine is said to be Turing-complete if its capable of performing complex computations. The EVM can run any type of crypto contract that can be built on Ethereum’s blockchain using the Solidity programming language. It is the mechanism responsible for the execution of smart contracts on Ethereum.

Smart contracts are fundamental building blocks for dApps. An aggregation of smart contracts built to function within a specific design makes up a dApp. The EVM ensures that all transactions and smart contracts deployed on the Ethereum blockchain are executed as specified by the smart contract code. In this way, EVM acts as a platform for running for dApps.

In a nutshell, the EVM is a major driving force behind the growing popularity of dApp development on the Ethereum blockchain. It enables all dApps, Non-fungible Token (NFT) marketplaces, and Decentralized Finance (DeFi) tools running on the Ethereum network.

Ethereum was created with the vision of becoming a decentralized “world computer.” The network implemented the Nakamoto consensus mechanism, which would allow it to host a large number of decentralized applications (dApps).

After more than 5 years, many players have flocked to the network, causing scalability issues and a general “clogging” of the network. The network’s gas costs rise as more (dApps) are developed and more transactions are made. A large number of transactions affects the network’s throughput and the ability of these dApps to scale.

As a result, numerous solutions to Ethereum’s scalability issues have been proposed, each with advantages. These scaling solutions can be divided into two broad categories based on their point of execution:

Layer 1 scaling involves making upgrades to a blockchain’s base layer to improve scalability. Layer 1 scaling techniques are also referred to as on-chain solutions because they are carried out on the blockchain itself. The proposed on-chain scaling solution for Ethereum is known as sharding.

Sharding is the splitting of a blockchain into smaller, more manageable segments known as shards. The computational load on the overall network is reduced by storing data in independent, separate shards. Together, all shards in a blockchain network form one logical dataset.

How Sharding Will Work

Nodes are an essential component of any blockchain. They validate transactions and store a network’s transaction history. However, in Proof of Work (PoW) blockchains like Bitcoin sharding is difficult because nodes require information from the entire network.

With Ethereum’s recent shift to a Proof of Stake (PoS) consensus mechanism, each node will only process specific operations and maintain data related to its shard. But to ensure network security, data will still be shared from a shard to other nodes across the network.

In the second phase of Ethereum 2.0 (The Merge was phase 1), the network’s base layer will be split into 64 chains, with shared security provided by a central Beacon Chain.

Within each shard, notaries will be chosen at random to vote on the validity of a shard block­­­— a batch of transactions. Each shard will have 128 validators. Every 12 seconds, the validators will propose and validate each block using a shard manager contract. There will be a set of nodes assigned to each shard chain to validate new transactions.

This design will significantly improve network performance in terms of throughput and latency, as well as scale the network to handle its rising user base. Throughput is projected to increase from the current average of 13 transactions per second (TPS) to a projected 100,000 TPS.

Sharding is set to be implemented on Ethereum in the second half of 2023 as part of ‘The Surge,’ phase 2 of the Ethereum 2.0 project.

Layer 2 scaling solutions (L2s), also known as off-chain solutions, are solutions that are executed outside of the base chain (Layer 1). They are secondary layers that sit on top of the base layer, increasing the blockchain’s overall transactional capacity.

Ethereum’s web of L2s constitutes a multitude of independent projects competing to help Ethereum scale. These projects are mainly designed to increase transaction speed and scalability while relying on the main chain for security.

L2 protocols combine multiple transactions into a single transaction that is then added to the main chain. This relieves network strain and increases dApps’ ability to scale as usage grows.

Examples of Layer 2 scaling solutions include:

Validiums: Validiums, in addition to performing computation outside of the main Ethereum layer, store data off-chain with a data provider, making them partly custodial. They take advantage of off-chain data availability to achieve immense scalability improvements with up to 100,000 transactions per second and very low fees.

The Merge, which took place on September 15, 2022, was the joining of Ethereum’s original execution layer, the Mainnet, with its new PoS consensus layer, the Beacon Chain. Before the merger, the Ethereum community had been running the Beacon chain as a separate chain for nearly two years.

It is important to note that, following the merge, the Ethereum execution layer (where the EVM, dApps, and users reside) will remain unchanged, but the consensus layer will now use PoS rather than PoW.

The shift from PoW to PoS allows the “common” investor to benefit from rewards previously reserved only for miners by staking ETH in the network to become validator nodes.

The success of the much-anticipated event brought Ethereum one step closer to achieving scalability and sustainability. It eliminated the need for energy-intensive mining and instead allowed the network to be secured using staked ETH, resulting in a 99.95% reduction in energy consumption.

What is Ethereum?
Intricacies of the Bitcoin Blockchain
Top 4 Ways to Earn Bitcoin in 2023