Is XRP a Scam Coin? 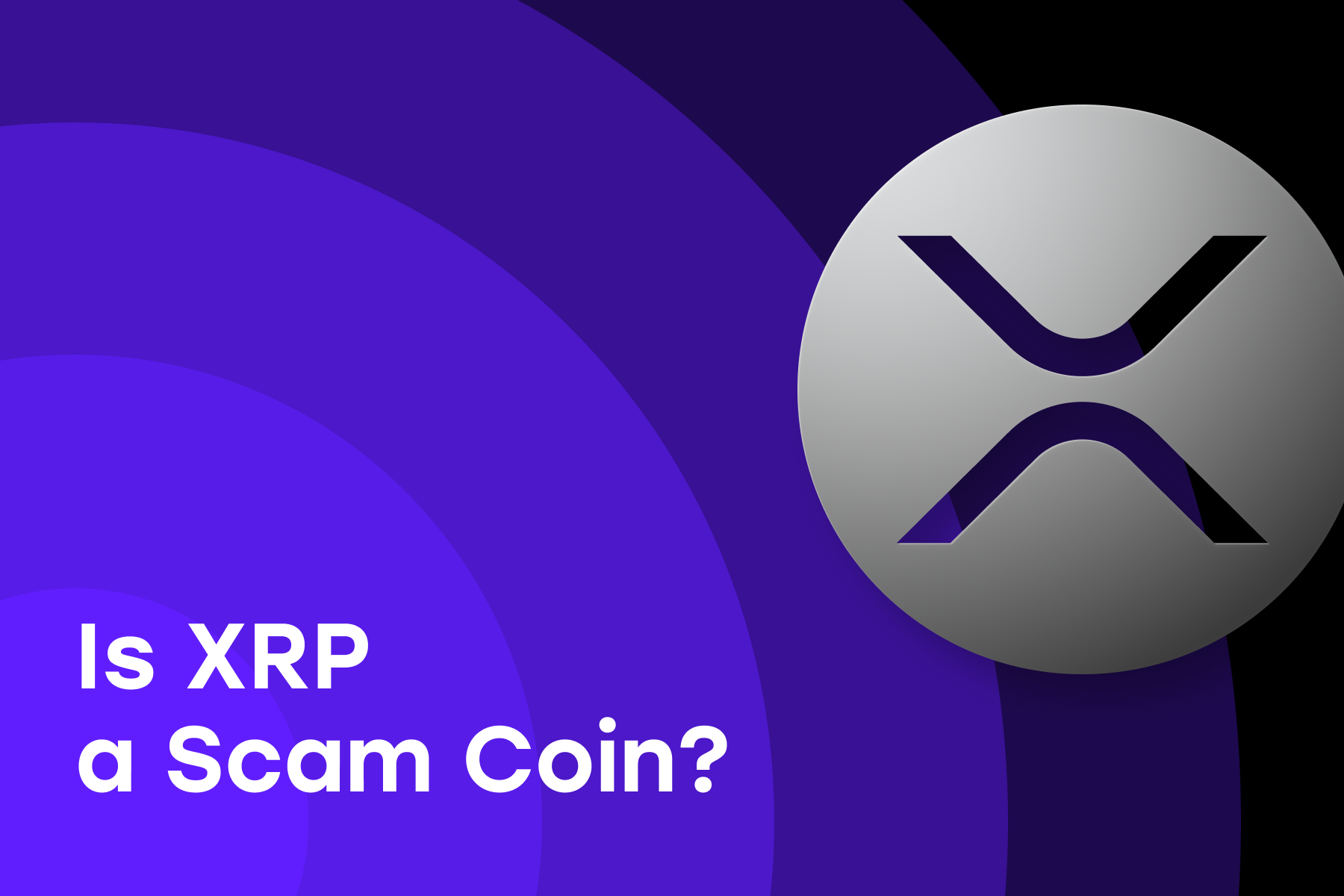 It's an age-old question and a main point of contention among those who misunderstand XRP. Keep in mind, those against XRP are normally those who follow influencer's opinions without doing their own research first to discover the facts. One may hear the word "centralized" and immediately close their ears to any and all information regarding the subject.

To feed into the argument of XRP being a centralized asset... that claim is somewhat valid. By somewhat, I mean that back in 2012, 80% of the total supply was originally gifted to Ripple, OpenCoin at the time, by the developers of the XRP Ledger to help grow the XRP ecosystem throughout the world. 20% remained in the hands of the ledger's co-founders, namely Arthur Britto, Chris Larsen, and Jed McCaleb.

So yes, the ownership of the total supply is largely in the hands of a centralized company, Ripple. An important distinction to make here though is the difference between Ripple the company versus XRP the digital asset.

Ripple and XRP are not one in the same as XRP runs on the decentralized, open-source, distributed ledger with well over 100 validator nodes, or servers running the rippled software, that validate each transaction, keep them in order, and prevent double spending.

If Ripple owns most of the supply, doesn't that make it a security?

No, no, and... no. If XRP was a security, that would mean it would cease to exist if Ripple, the company, went under. The fact is, XRP is the native digital asset on the XRP Ledger, created before Ripple the company existed.

If the company went out of business tomorrow, XRP would continue to trade on the open market in addition to being used by banks, financial institutions, and micropayment transactions on sites such as Coil and Cinnamon.

Let's start to answer that question by examining what a scam is exactly. The Oxford Dictionary describes a scam as being...

a dishonest scheme; a fraud.

Now, let's take a look at some of the companies currently utilizing XRP. If it was a scam, it would have been done a long time ago before these players jumped on board.

The companies listed above must have their blinders on, right? I mean, how dare they have interest in and participate in a worldwide scam coin? It's either a total outrage, or it's common sense depending how you choose to look at it. I'm leaning towards the common sense argument since these companies would face tremendous consequences if indeed XRP was a scam, which it's not.

To entertain the argument that XRP could be a scam coin, let's dive into some older documentation revolving around the original founders of the XRP Ledger.

During the creation process of the XRP ledger, Jed McCaleb had asked Arthur Britto to contribute his software and related Internet Protocol to the project. The founder's agreement served as anti-dilution protection should Jed take Britto's IP and create a competitive payment platform.

Back in 2014, Jed had copied the Ripple protocol code and used it to create a competitive protocol known as Stellar. When this happened, Arthur demanded that Jed honor the founder's agreement, but Jed refused and also denied having any obligation to fulfill the agreement.

A court case broke out between plaintiff Arthur Britto and defendant Jed McCaleb. Not only does this document show the official court paperwork involved, but it also shows relevant news articles published around the time this hearing took place.

The reasons why Arthur created a case against Jed was for the following:

Sometimes teams, for one reason or another, have a falling out between members. Nobody wants it to get to the court-case level, but when it comes to financial matters, a resolution may need reached by the powers that be.

Even though Ripple has been known to follow extensive and rigorous checks with government authorities on financial dealings, the company is going through a severe litigation process started by the US Securities and Exchange Commission.

The SEC has reason to believe that Ripple was involved with selling XRP as an "unregistered security", when in fact it is not and has not been considered a security in any way as the XRP Ledger would be running at full capacity if Ripple went out of business tomorrow.

As a result of the legal process that has yet to be resolved, XRP has been delisted from multiple exchanges including Coinbase and Binance.US. Exchanges based outside the US may choose to list XRP, but US companies do not want to face potential trouble with the government so they err on the side of caution.

Naysayers can and will believe what they choose. It doesn't change the fact that governments, banks, and financial institutions are recognizing the digital currency revolution that is taking place. The creation of CBDC's, or Central Bank Digital Currencies, as well as other assets being tokenized such as bonds and real estate, creates a need for those assets to be bridged using the bridge asset itself, XRP.

The Ripple team is behind the wheel, driving the adoption of the XRP ecosystem to continue resolving issues within the traditional financial infrastructure. The high demands for information to move across the world in seconds also brings a demand for money to move just as quickly.

The founders of the XRP Ledger saw discrepancies in the way the Bitcoin network operated and the shortcomings in its abilities to scale and decided to act upon it.

It's hard to imagine a world where Bitcoin is the one and only cryptocurrency of any importance. Any coin other than Bitcoin is considered an altcoin which sort of lumps them into one big basket. Each coin is unique, serving a specific purpose in the greater crypto ecosystem. Will all of them survive? Probably not, but the strong ones with real-world utility will prevail.

💻
Author: Ken Melendez
✍️ Head of Content @ Cindicator
📊 Certified Bitcoin Professional
🔐 Blockchain Chamber - Chapter President
📈
Who is Cindicator?
Cindicator is a world-wide team of individuals with expertise in math, data science, quant trading, and finances, working together with one collective mind. Founded in 2015, Cindicator builds predictive analytics by merging collective intelligence and machine learning models. Stoic AI is the company’s flagship product that offers automated trading strategies for cryptocurrency investors. Join us on Telegram or Twitter to stay in touch.