Mass adoption of blockchain; outlook for the next 6–12 months – views from Consensus 2019 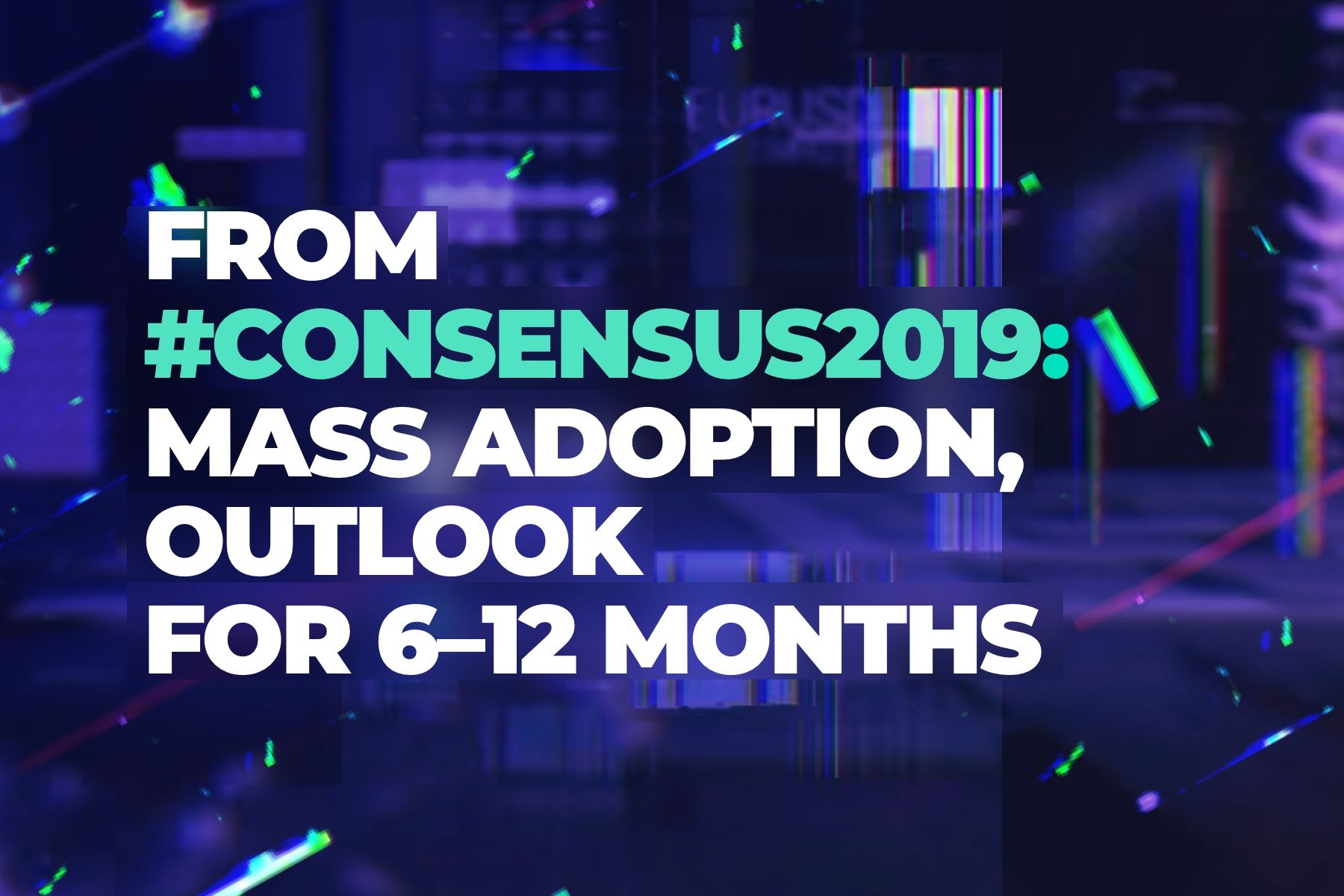 This year’s Consensus 2019 was different. There were fewer people, less exuberant expectations, and the audience was overall more sober, balanced and diverse, participants said.

Cindicator’s Chief Business Development officer Ksenia Semenova met with many leaders from across the blockchain industry and recorded several video interviews. In today’s post we’re summarising some of their key insights on the coming mass adoption and their views on the next 12 months in the industry.

Mass adoption of cryptocurrencies and DLT

As digital asset prices have started to recover, the big question remains: what will drive the mass adoption of cryptocurrencies and/or blockchain technology?

Our interviewees had different views, but the need for greater usability appears to be the common factor. At the same time, users don’t even have to be aware that they are using blockchain or cryptocurrencies.

Ran Neuner, the host of CNBC’s Crypto Trader show, highlighted that blockchain applications shouldn’t be any different from regular applications:

If we want to get mass adoption in this place, we need to stop thinking as “crypto people” and start thinking as human beings. We’ve got to be in a position to let users use crypto without actually knowing that they are using crypto. Like we use Facebook and WhatsApp and Amazon today, we’ve got to create applications that look, feel, work exactly like that, but use crypto in the background.

Olivia Capozzalo, Head of Editorial at Cointelegraph, noted that such applications have not yet arrived:

Mass adoption is waiting for usability and user-friendly applications, interfaces. No one has made something that people don’t need to struggle to use.

Michael J. Casey, chairman of CoinDesk's advisory board and educator at the MIT Media Lab and the MIT Sloan School of Management, commented that it is more important for decentralised ledgers to become an accepted solution:

I often think that blockchain is still ultimately a back office solution, it’s a protocol. So mass adoption will come without us even realising. It will be at the back end of something that you don’t even see. I don’t think that calling something a “blockchain app” or a “crypto app” is going to be the thing that matters… The bigger thing is the mainstream acceptance of this as being a legitimate way to manage records and do business. And there we still have a lot of education to do, there are still so many misconceptions.

Henri Arslanian, the PwC FinTech & Crypto Leader for Asia, suggested that adoption might come through companies that already have the required scale:

The big question that was discussed: how are we going to bring it to a billion users? Many people believe that could be done by having better custody solutions, better on-ramp solutions. But frankly some of the big players who have already billions of users are coming to market. Large technology players coming in, some institutional retail providers coming in might be the catalyst that the industry may see over the coming months and years.

Recent reports of Facebook’s upcoming cryptocurrency might mean that we don’t have to wait long to see if tech giants will be able to leverage their user bases to spur mass adoption of their own coins.

Outlook for the next 6–12 months in the blockchain industry

Forecasting the medium-term future of blockchain and digital assets is hard. Yet the eminent arrival of big players seems to be the dominant theme.

We’re going through a very interesting time. Some of the things I’m watching are increasing regulatory clarity, which is very good. Second, increasing entry of institutional players. Third one is good B2C solutions for the market, which are win-win solutions.

Joel Comm, the host of the Bad Crypto podcast, said the industry is making progress, yet the timeline is uncertain:

Every day there is more and more interest from governments, from Fortune companies, from developers – everything is moving forward. I think we’re going to hit that tipping point, where all of a sudden we go from early adopter to mainstream, there is no stopping it. Whether that happens in the next 6 to 12 months, I don’t know.

Watch the full interviews on our YouTube channel and subscribe for more insights from leaders of the digital asset industry.

Do you have any questions or suggestions about who we should interview?

Let us know on Twitter and tag the people you want us to meet next!