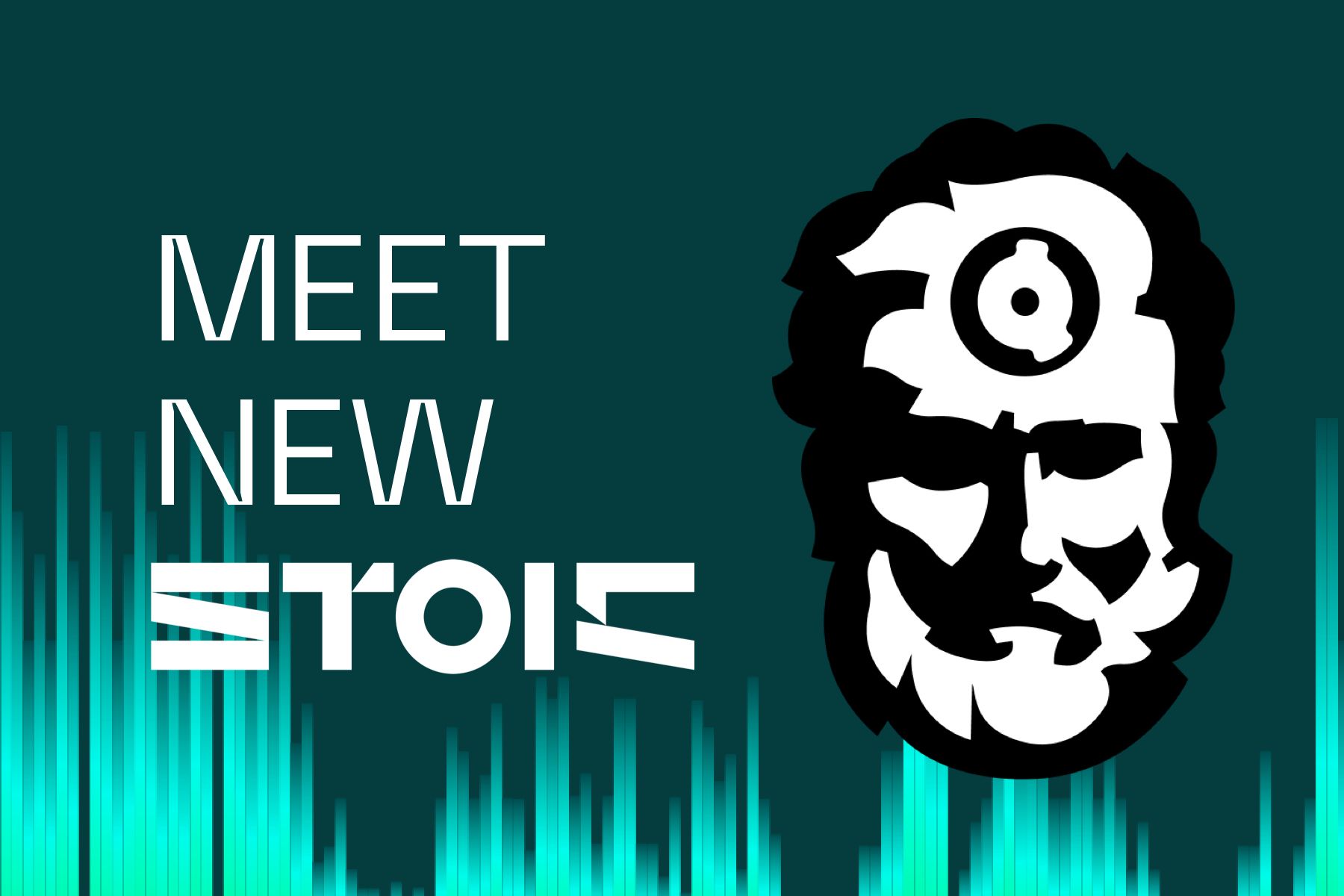 Last March, the Cindicator team introduced the first users to a new experimental product: a simple automated crypto trading app with a hedge fund advantage. Since then Stoic has grown into a successful product with thousands of users who connected Binance accounts holding over $50 million in crypto assets.

It is time to present the new brand philosophy and identity for Stoic.

This idea emerged over time.

The name Stoic was not a coincidence.

Most traders lose money in the market due to emotions. The desire for quick profits and the fear of missing out drives them to chase the latest trend, often buying at the top. The eventual drawdown creates the fear of loss, which causes them to sell low. This cycle is then repeated and leverage amplifies it, often leading to complete ruin.

Thousands of years ago, philosophers of ancient Greece and Rome saw that destructive emotions lead to poor judgement. They saw the solution in the philosophy of Stoicism: the path to happiness is found in the present moment, making decisions rationally without the dictates of fears or desires.

The ancient faced different problems, often dealing with a matter of life and death. XXI century traders deal with financial risks. Yet human nature has remained unchanged through millennia. The fear one feels seeing red candles on the chart is the same primal fear that arose in ancient warriors and statesmen.

Today, Stoic helps traders act virtuously. While we all feel emotions, we have the freedom to act rationally instead of giving in to emotions. It’s hard to do this in the heat of trading. Stoic's strategy and technology helps with this by leaving us to make big decisions while delegating the execution to machines.

Seeking to create a brand character that would embody these virtues, the Cindicator team collected views and ideas. The current users of Stoic, forecasters on the Collective Intelligence platform, and CND token holders have shared ideas and provided feedback on the team’s ideas.

After heated debates, discussions, and lots of work on different drafts, finally, the embodiment of the new Stoic is summoned.

The new brand represents what Stoic is about: the connection between humans and the machine, the link between ancient Eastern practices and millennia-old Stoicism philosophy, the practical crypto experience and the cutting-edge technology. All these forces unite to help users on their way to sustainable wealth and prosperity.

Artificial intelligence technology is still in its early days. While its power lies in its ability to rationally process huge amounts of data, it lacks creativity.

This drawback is more than compensated by the creative power of thousands of people who together make up the Cindicator ecosystem. The core team drives the overall direction and builds out the infrastructure. Over 170,000 analysts signed up to make forecasts. And then thousands of people connected their Binance accounts to Stoic, using the whole infrastructure to automatically trade their crypto assets.

As a young asset class, crypto doesn’t have established analytical frameworks. Instead, analysts and traders rely on hard-earned practical knowledge of crypto.

At the same time, the principles of quantitative research apply to crypto. Like any other exchange-traded asset, crypto has open, close, high, and low prices. While correlations and statistical patterns are different from stocks or commodities, the same overall approach works well.

Finally, on the most abstract level, Stoic combines the wisdom of East and West.

In its essence, Stoicism is the acceptance of any present moment without allowing fears or desires to control oneself.

The ancient Eastern practices point in the same direction. Being in the present moment is one of the core tenets of Buddhism as well as other ancient religious and spiritual movements.

Cindicator’s Stoic gives its users a chance to move closer to that sought-after state of being free from the dictates of emotions and human impulses. This state is crucial for achieving sustainable well-being, which of course includes prosperity.

The best qualities of Stoic are now personified by the new brand character, the Stoic. Expect to see the Stoic in the app, on social media, the metaverse and beyond.

Over time it will grow into a separate virtual person, bestowing advice, providing feedback, and hopefully even fostering friendships of virtue with all traders connected to Stoic.

“Over the past year, Stoic has developed into a separate entity that merges the collective intelligence of thousands of humans and AI. The new visual identity gives Stoic a new virtual body that reflects the values of the new generation of smart crypto trading. We’re excited to welcome it to the world.”

“Stoic automates crypto trading and eliminates emotional trading that plagues most crypto novices. It’s a product that I needed. Now thousands of people signed up, so clearly there is demand. It’s just the beginning of Stoic’s journey and we’re grateful to our current users and look forward to introducing it to even more users.”

Stoic, the embodiment of collective intelligence and AI, remarked:

“Waste no more time arguing what a good trader should be. Be one.”

Over the next few months, the new Stoic identity will be weaved into all communication channels. Expect to see advice, commentary, and perhaps even memes by the new Stoic.

Meanwhile, an important Cindicator ecosystem update is in the works. It is too early to reveal any details but there was never a better time to get involved in any capacity you can.

The best way to get involved is to try Stoic and connect your Binance account to try it out.