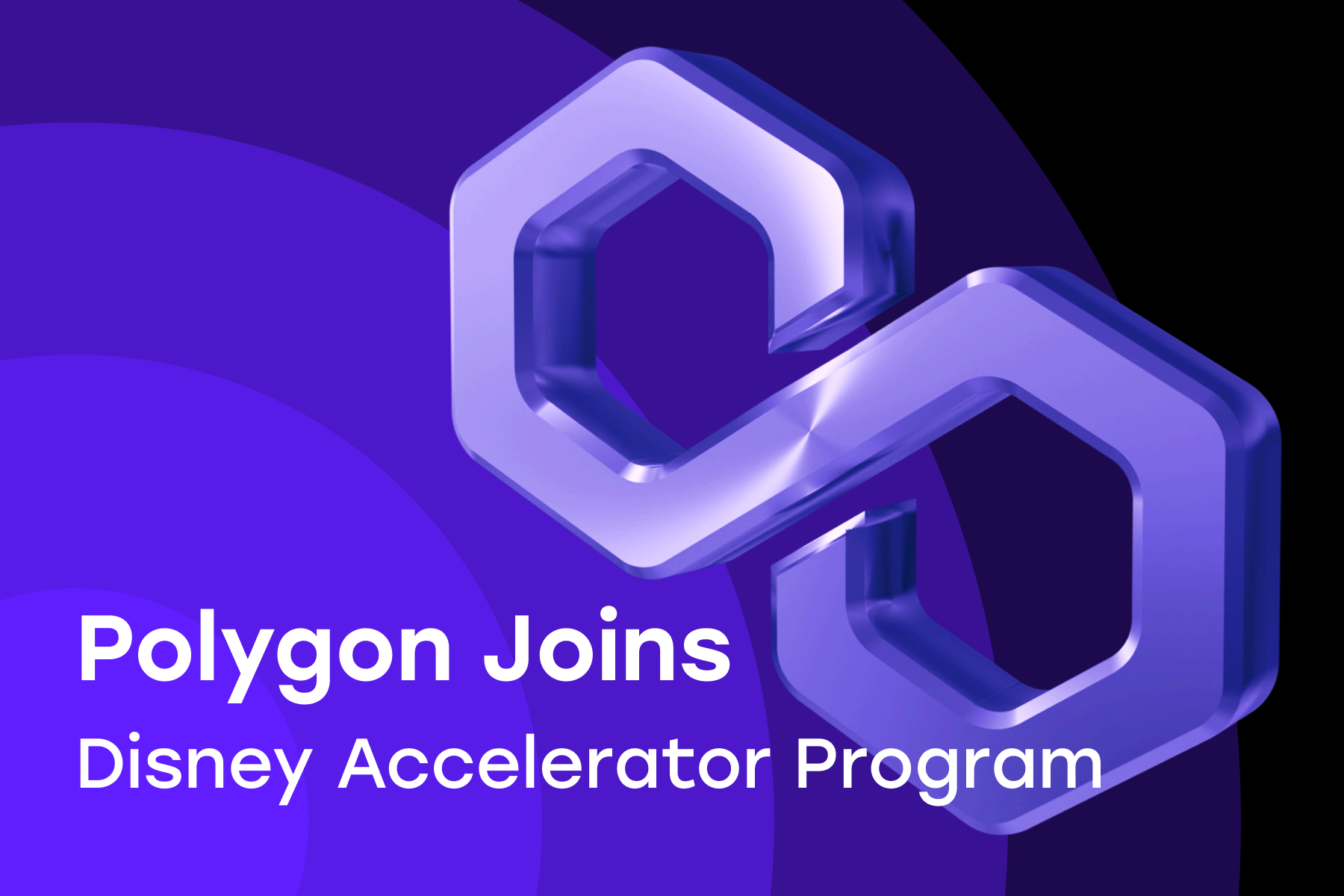 Disney is a well-known and highly respected company creating movies and media that moves the hearts of millions around the globe. Last week, the team at Disney announced Polygon, among five other companies, to participate in their prestigious Accelerator Program.

Polygon is a company, as well as a scalable blockchain, that expands on Ethereum capabilities in terms of speed and transaction costs. Polygon is designed for developers to build Web3 games and worlds utilizing their unique technology.

The Disney Accelerator is a business development program used to further stimulate the growth of pioneering companies from different corners of the globe. Only six companies per year get chosen for the program out of the many considered.

The above 3 technologies are booming with innovation, creating massive opportunity for those who choose to get involved.

Companies chosen for the program this year will speak not only with the Disney senior leadership team, but also to an executive mentor that provides guidance each step of the way. At the end of the program during the fall, a demonstration day will be held at Walt Disney Studios in California.

The Disney Accelerator was formed using Walt Disney’s company philosophy: the continual creation of new ways to tell incredible stories. Technology is an important aspect of making that dream and philosophy become a reality.

Companies chosen for this program receive access to people and resources to assist in their individual, tech-driven missions. The program lasts from summertime through October, ending with Demo Day.

Why did Polygon apply?

Polygon applied to the Disney Accelerator program to, well, accelerate their growth in the Web3 industry. Companies chosen each year get to participate in a co-working space in Los Angeles, access to investment capital, and mentorship from top executives at Disney. Being chosen for this program would help Polygon progress towards achieving their mission at a quicker pace as opposed to not joining.

What caused Polygon to get chosen?

Polygon is known for their cutting-edge approach to technology, specifically Web3-related topics such as NFT’s, virtual reality, and augmented reality. Polygon touches upon each area that Disney wanted to focus on this year, which helped usher them to the front of the line when it came to decision time. In addition, Polygon is a venture-backed, growth-stage startup which is the type of company that Disney looks for to enter the Accelerator program.

What does that mean for the Web3 industry as a whole? Polygon will be able to deliver products, services, and strategic partnerships at an increased rate to help further the development of Web3 across the globe. As a result, crypto and blockchain apps and services may witness mainstream adoption sooner than expected.