Q&A with Head of Business Development: next frontiers for Cindicator 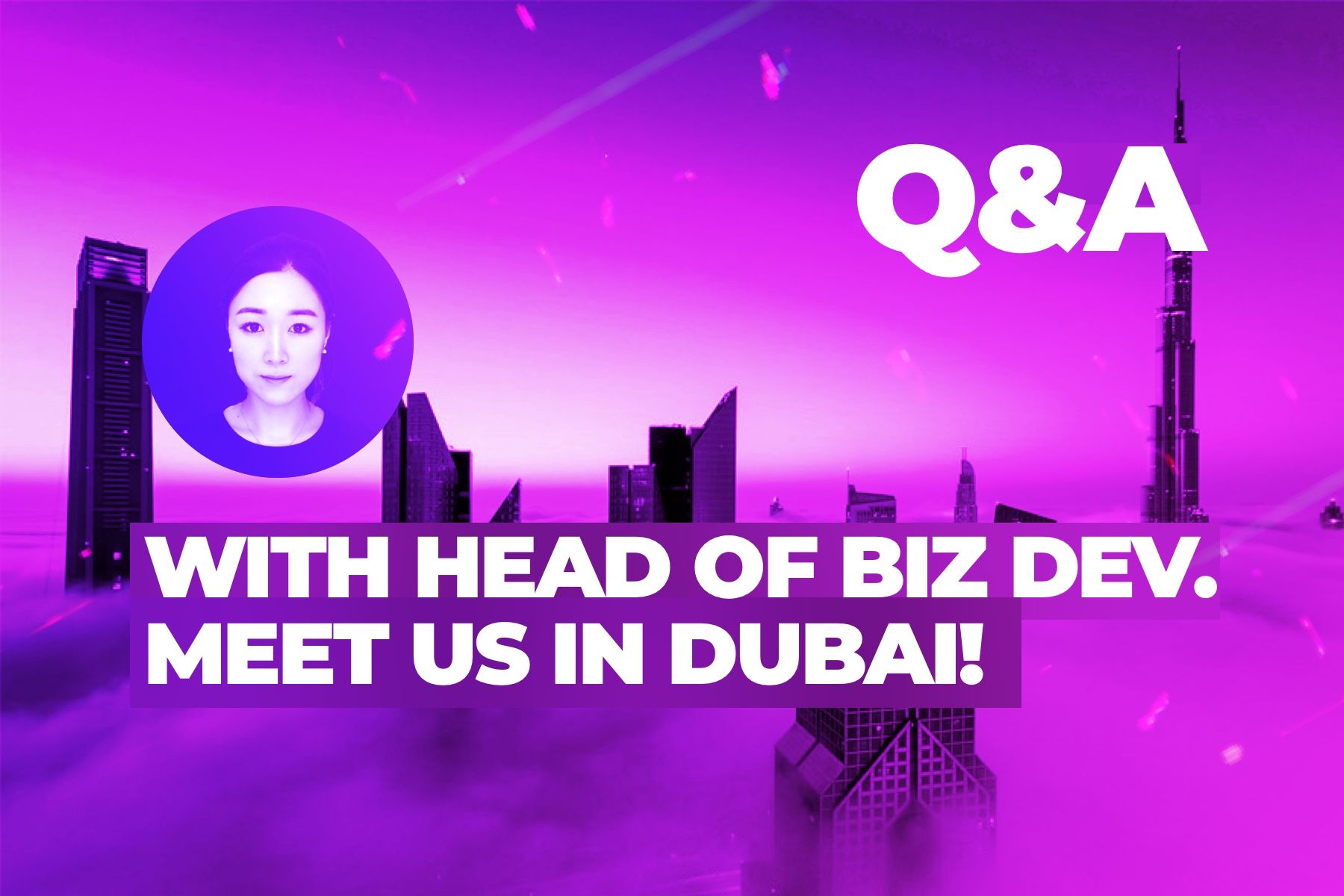 Next week, Cindicator’s co-founder and CTO Yuri Lobyntsev and Head of Business Development Sungjung Kim are heading to Dubai for a week packed with meetings. We caught up with Sungjung to ask her to share the plans for the region.

Hi Sungjung. So tell us, why are you going to Dubai of all places?

Cindicator is building out its presence across all the major financial capitals. Cindicator’s employees, advisors, and token holders are already in New York, London, Amsterdam, Seoul, and Hong Kong, to name a few.

Having bases in North America, Europe, and Asia, we sort of had a gap in the Middle East. This won’t be the case for long!

Dubai is the gateway to the whole Middle East, a wealthy region that plays a major role in the global financial world. That’s why we’re starting there.

Actually, we already have some presence there – some of our token holders are based in Dubai. Also, Ash, our long-time supporter and a star analyst in the traditional market, lives in Dubai! So it’s not an entirely new region for us.

Why is the Middle East important for Cindicator?

As I said, Dubai is one of the financial hubs of the Middle East. This region is not only rich in oil and gas but is also a major home to some of the world’s largest asset managers.

The region’s sovereign wealth funds, institutions, and family offices invest heavily in technology, including blockchain and digital assets. For example, most of the money in Softbank’s new $108 billion technology investment fund came from the Middle East. The UAE and other countries want to diversify away from oil and real estate to other segments and technology is an obvious choice.

That’s why some of the governments are also actively working to make crypto and blockchain regulation clearer. The UAE, Bahrain, and Saudi Arabia understand the potential of digital assets and have a very progressive stance towards the industry.

Taking these two factors into account, we want to invite some of these asset managers, investors and funds into the Cindicator ecosystem.

What exactly is the ecosystem upgrade?

I can’t share all the details right now, but everything will be clear by December. It will be an important upgrade to Cindicator’s ecosystem.

What I can say is that we’re looking for partners in the region. We’re planning to meet representatives of major investors, both institutions and family offices. Our schedule includes several major events, for example AIM Summit. It’s the region’s biggest conference about alternative investments such as hedge funds and VCs.

Is there any way for the community to help?

If anybody from our community has any relevant contacts in Dubai, the UAE, or the Middle East in general, please send me an email. I’m sure Cindicator’s network is huge in every part of the world!

And why are you going to the Middle East now?

First of all, it’s a bit cooler now than in the summer… only around 32 degrees!

Seriously, now is the right time because we have all the elements in place: data, technology, and the organisational structure for the next milestone on our roadmap.

Over the past two years, we’ve accumulated 25 million data points for our Hybrid Intelligence predictive analytics. The team is also testing out new approaches to maximising the value of this data, for example through the Crowd of Crowds group contest and other special contests.

More recently, the team finished the development of our proprietary trading platform for developing, testing, and executing quant strategies. It gives a genuine advantage in terms of execution and it was already battle-tested in managing our own multi-million crypto treasury.

Ok, will you keep us posted on how the Dubai trip goes?