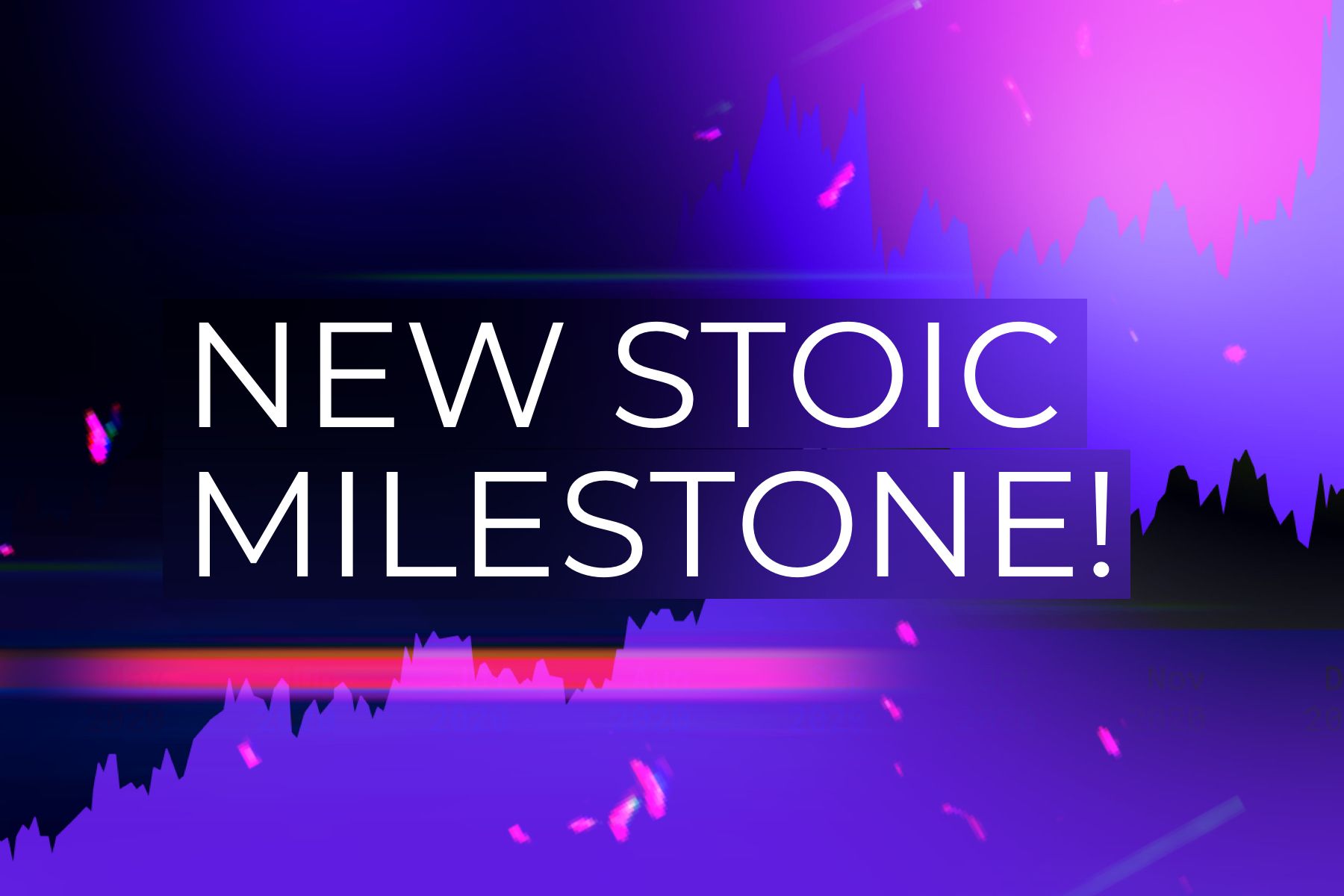 Stoic, an automated crypto trading app launched in September 2020, has just reached $11 million in assets on users’ accounts. This impressive growth is mostly organic and is a testament to the high demand for Stoic’s approach to delivering complex quant crypto trading in the form of a simple app.

Stoic is a mobile app for automated crypto trading with Hybrid Intelligence, developed by the Cindicator team. It combines years of in-depth research into the crypto market, collective intelligence, and AI in a simple, easy-to-use app for iOS and Android.

Currently, Stoic’s algorithm uses a long-only portfolio strategy with daily rebalancing. It’s a straightforward and elegant algorithm that has generated +991% since March 2020.

Under the hood, Stoic runs on a set of technologies that were previously exclusive to the wealthiest 1%. The entire infrastructure for researching, testing, and executing strategies was built for Cindicator Capital, a quant crypto hedge fund.

Stoic is available to anyone with a Binance exchange account. Its streamlined user experience and professional approach to trading resonate with both new and experienced crypto traders.

Unlike most bots in the market, Stoic is very easy to use and works right out of the box. There are no complicated settings. This makes Stoic an attractive option for people who are new to the crypto market.

Stoic is also popular with a number of seasoned crypto enthusiasts with six or even seven-figure accounts. For them, Stoic’s algorithm is a simple and cost-effective way to gain exposure to a wide portfolio of cryptocurrencies.

Stoic’s users come from all over the world but there is particular interest from Asia. In October, Cindicator joined the 500 Startups Global Launch programme in Singapore with plans to expand across Southeast Asia.

Over the last month, the team has been busy with several important updates. Let’s review them now.

After updating the Stoic app, the first thing you’ll see is a new logo. It has a fresh, vibrant look that stands out from the other apps on the home screen.

The new version features a series of UI updates, including both minor changes (fonts, various elements, and details) and significant improvements based on user feedback. More updates are coming soon.

One of the new features enables users to add funds directly from the app. Previously you needed to log into Binance and deposit through their interface.

Now you can not only watch your balance but also check the performance at different times on the chart. For example, you can see the gains during peaks and drawdowns – just tap on any point on the chart and you’ll see the returns up until that date.

With this feature, you can select a hedge for your crypto portfolio. Pick the share of the portfolio that you want to hedge by keeping in USDT. You can do this up to three times a month – doing it more often would accrue significant costs and fees.

Previously, the app showed a live wallet that belongs to one of the team members. Now the demo features one of Cindicator’s corporate wallets, showing pure performance without hedging. The start date for the balance is 14 March – that crash was the perfect time to launch the strategy.

Some users were experiencing delays and timeouts because Binance occasionally blocked servers in the US. We’ve moved some servers to different countries to solve this problem.

We’re excited to finally announce the launch of the version for American users! Over the next few weeks, thousands of users on the waiting list will be onboarded to the Binance US version of Stoic. To get started, just get the latest version of Stoic and select Binance US as your exchange.

Now that we have validated the demand for Stoic’s core offering, we’re ready to join forces with like-minded teams and welcome even more people to automated crypto trading.