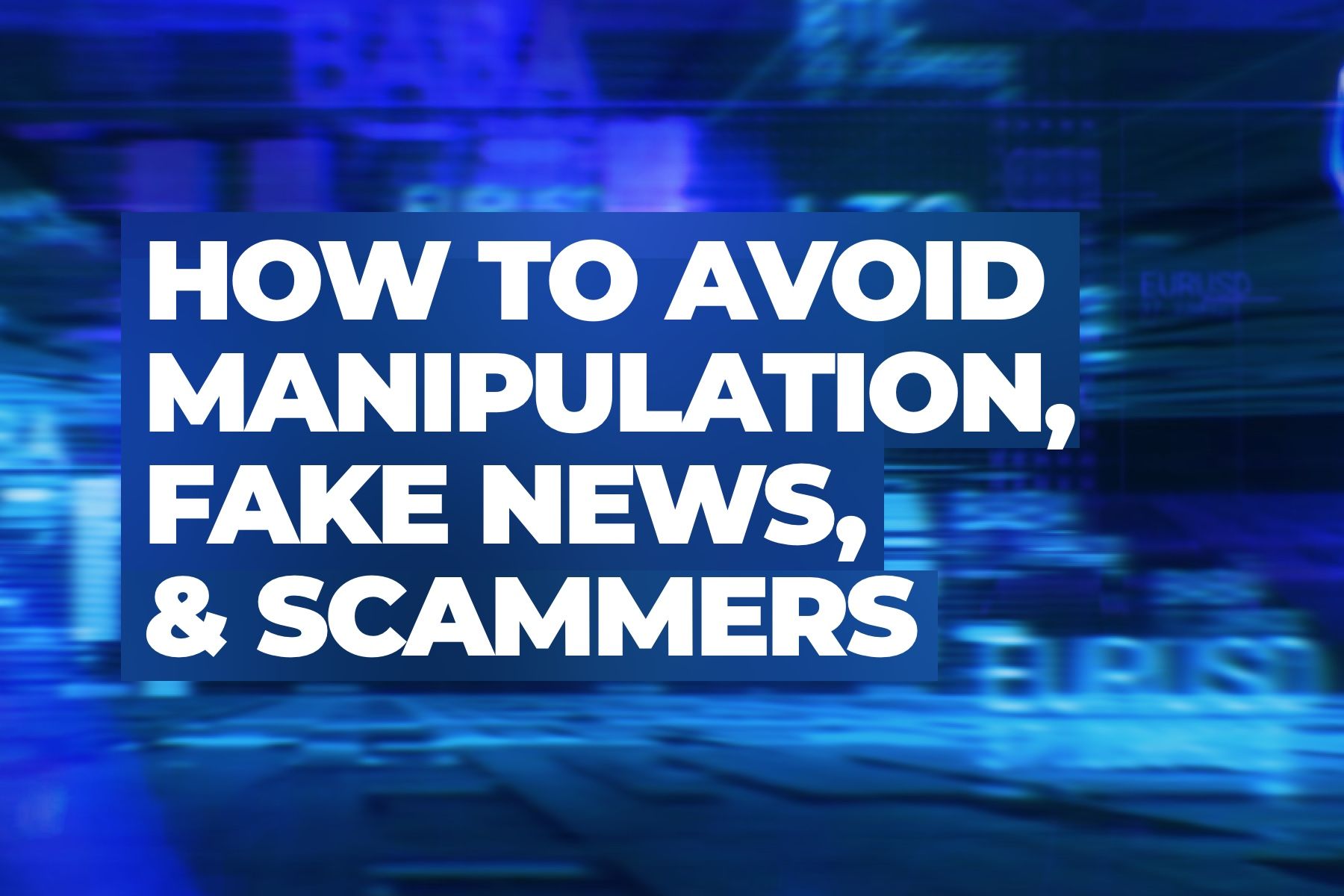 Cryptocurrencies and digital assets still offer fertile ground for scammers of all stripes. Although institutional investors are beginning to enter the market and finance powerhouses like CME, Bloomberg and ICE are launching their own cryptocurrency products, regulation is still underdeveloped. Furthermore, blockchain technology itself is new and the user experience is far from perfect. As a result, bad actors prey on people who are new to cryptocurrency investing and trading.

In this post, we will outline known scams, fake news, and manipulation techniques that are used to part investors from their hard-earned fiat and crypto.

Firstly, let’s put it out there: when people scream “scam” in crypto, it’s usually just an insult or a subjective evaluation of a project or idea.

If a startup goes bust or an exchange is attacked, it’s just a risk that became real and not a scam. Investing is risky and investors often lose money. And risks are very high in cryptocurrencies and digital assets.

A true scam is an attempt to unfairly profit from someone by gaining their confidence. It’s a crime.

Now let's look at the most common scams.

Most crypto scams are just old frauds in a new blockchain guise. Pyramid or Ponzi schemes, also known as “high-yield investment programmes” are the perfect example.

Ponzi schemes promise very high returns which are paid out using money deposited by subsequent new “investors” (victims). Marketing materials might claim that the money is used for investing, lending, trading or cryptocurrency mining, but the returns on offer are simply impossible, or at least unsustainable. Some “investors” manage to profit, but trying to time properly it is like playing roulette – only the house wins in the long run.

Back in the old days, when trees were big and Bitcoin was young, some people were actually giving out Satoshis for nothing via so-called faucets. These were websites or apps that gave out sats for simple actions like clicking links and ads, or entering captchas. Some faucet operators were doing it to profit from advertising or just to increase the adoption of Bitcoin.

Of course, no one is going to give away Bitcoins for just visiting a web page or clicking some links today. By visiting a faucet, you will most likely get some virus or spyware or at the very least just be wasting your time.

‘ETH giveaways’ exploit the desire to get something for nothing. Scammers pose as rich and  ‘generous’ Twitter celebrities such as Elon Musk or CZ and claim that they’ll multiply any ETH sent to some random address. Of course, nothing is ever sent back. While this might seem too obvious, on aggregate crooks have tricked people to the tune of millions.

This approach has been used since the dawn of the internet to steal emails and logins, but cryptocurrency has increased the stakes – fraudsters steal funds, not just accounts.

Always double-check and verify the URL of the website or app developers!

This is another old fraud repackaged for the ‘blockchain era’. Scammers raise funds for an investment in a highly promising project with high potential returns (although it could be more realistic than a Ponzi scheme). They then simply disappear without bothering to build anything. This happened (and still does) with traditional securities, but with tokens and ICOs it’s harder for law enforcement to go after their organisers.

Although ICOs have all but disappeared, fraudsters might still use Initial Exchange Offerings (IEOs) and Security Token Offerings (STOs) to raise funds and run away. So always do your research and do not blindly trust influencers.

Nobody can guarantee profits. If somebody does, you should be very concerned. A trading system with guaranteed returns is either fake or some kind of pyramid scheme where profits are paid from new deposits. As a general rule, if something sounds too good to be true, it is.

Do not brag about your crypto holdings as any information you share could be used against you.

For example, fraudsters might send you fake emails or messages from your exchange, tax authorities, or any other party that you would trust. The email might look very realistic, using your unique information that you previously let slip. Typically, there is a tight deadline and a demand for immediate action so that you don’t have time to verify the authenticity of the message.

This type of scam exploits our psychological biases (such as respect for authority) and is hard to deal with. Even very smart people can fall prey. So it’s best to keep silent about your crypto.

Finally, some real blockchain innovation! A scammer publicly shares private keys for an Ethereum address holding thousands of dollars worth of a given token. You simply need to drop a little bit of ETH to cover gas fees and you can transfer the tokens to your account. Once you deposit your ETH, however, it’s immediately transferred to an external wallet.

Crypto enthusiasts often complain about the prevalence of fake news about cryptocurrencies. That might be true, but in reality any news story likely has very little impact on market prices. The moves of BTC and ETH are far more likely to influence other assets.

Having said that, the market will eventually mature and assets will trade independently and (hopefully) reflect the fundamentals. So let’s review the process of dealing with fake news.

Common signs of a fake story

How to verify a news story in crypto

That might seem like a lot of work… well, right now you shouldn’t really be worrying much about crypto news stories, fake or real.

If something is reported, it’s already old news and traders who were the first to hear this information (not from crypto media!) have already traded and profited, while the rest of the market priced it in. This assumes that the market is even tied to fundamentals, which still appears not to be the case. In any case, it is unlikely that you’ll find any new market-moving information on a social media account or crypto publication.

Of course, new developments could affect the long-term prospects of a specific digital asset, but you will probably have time to adjust your portfolio.

Because the crypto market is still new and doesn’t adequately reflect the fundamentals, prices can be manipulated in the short-term. Most of this is not explicitly illegal in digital asset markets that are lightly (if at all) regulated.

Let’s review the most common practices that you should watch out for.

Scammers invite people into an anonymous Telegram group, allegedly created to pump tokens together. They might have screenshots of successful past pumps and cheerful participants thanking the organisers for handsome profits.

Then scammers announce the exchange and time for the next pump, stating that the asset will be released minutes before the pump. Victims deposit their crypto to an exchange and buy the asset once it’s posted. Of course, the price crashes either immediately or shortly after the announcement as scammers dump their own bags on the victims.

The only people who consistently profit in pumps and dumps are the organisers.

Exchanges can create fake volumes for certain assets to lure in new traders.

In wash trading, traders buy and sell the asset, creating an illusion of liquidity. But to outsiders, the actual order book could be very thin or non-existent. As a result, the trader has to take an inferior price or move their funds elsewhere, wasting time and money on fees.

In churning, a trader places buy and sell orders, aiming to generate trades while keeping their net exposure low. This is done in the hopes of attracting other real buyers into the asset.

Unfortunately, most crypto exchanges have some fake volumes. In our experience, you can trust the reported volumes of Binance, Bitfinex, Kraken, Bitstamp, Coinbase, Bittrex, and Poloniex.

Manipulators might try to move prices by creating an impression of strong supply or demand on the market. If they try to buy at a low price, they can create a panic by setting a sell wall, i.e. a large sell order ($30k to $1m, depending on the market) at a level much lower than the market price. Small panic sellers might try to undercut this by creating orders with lower prices. The manipulator would then immediately buy the small sell orders and remove the wall.

Similarly, buy walls could be used if someone was trying to create the illusion of demand to push prices up.

Any steep increases in the order book are usually signs of spoof orders that try to influence the impression of market sentiment. Spoofing is illegal in regulated markets in the US and the UK, but it’s still very common in the crypto market.

One thing to remember is that if a trader was really trying to make a big trade, they would try to mask their move by breaking it into smaller orders. If it’s extremely large (several times greater than the daily average volume), it would likely be executed via an OTC desk, and not on an exchange.

How to avoid any crypto scam

Scams in crypto aren’t going to disappear anytime soon. People continue to receive scam emails from the lawyers of diseased millionaire relatives. So to avoid becoming a victim, there are some simple rules worth following:

Have you encountered any other scams? Let us know on Twitter and we will add them to the article!