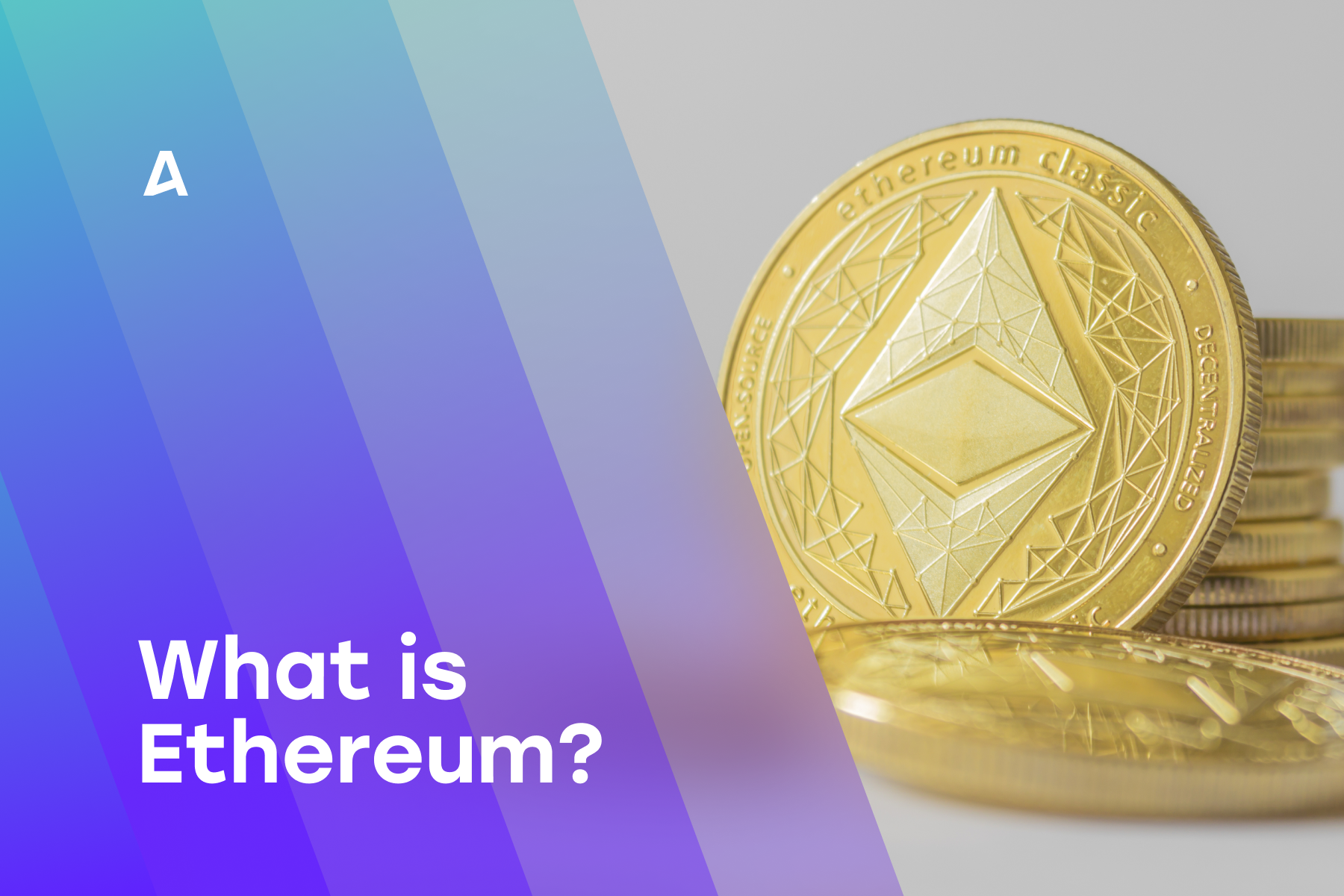 A basic understanding of the Ethereum network

Ethereum is a decentralized computing platform based on blockchain technology. It runs globally on thousands of machines simultaneously, introducing digital transactions to an assortment of new applications. Ethereum can be used for classic cryptocurrency transactions, smart contracts, and decentralized finance.

The trading units in the Ethereum protocol are called ether, or ETH. Just like Bitcoin, Ethereum is structured as a decentralized, peer-to-peer payment system. The developers of this network also made a virtual machine that lets you create smart contracts and decentralized apps known as dApps.

The technology has been so successful that it’s now used by major companies like Microsoft, IBM, Lufthansa, the international charity UNICEF, and more. You can find a multitude of projects on the Ethereum blockchain from games like Decentraland, to NFT marketplaces like OpenSea, as well as decentralized crypto exchanges like Uniswap.

Bitcoin is based on the Proof-of-Work (PoW) algorithm, requiring miners to obtain massive amounts of computing power to cause the network function. Ethereum, on the other hand, transitioned to a different algorithm called Proof-of-Stake (PoS). A PoS network functions because of the individual ETH holders receiving rewards for creating it in a process called staking.

What can Ethereum do?

Ethereum pioneered the second-generation blockchain, and is still a great representative of the segment. It can perform basically the same functions as Bitcoin, but the two systems are different, and each one has its own advantages.

Ethereum lets you run code that transfers cryptocurrency on a distributed system when a condition is met. The code cannot be changed, but any user can check it before working with it. Programs that include, “if this, then that” events are called smart contracts which can be set up to execute tasks without human involvement. The unchangeable code ensures that both parties uphold their end of the agreement.

In order to motivate Ethereum users to create blocks, the system rewards them with ether. However, if thousands of people launch smart contracts at the same time, that creates a heavy workload, and the system could collapse. Due to that possibility, Ethereum introduced the concept of gas. Just as a vehicle needs gas to run, so does a smart contract (except its digital gas).

Gas is a unique mechanism for collecting commissions, similar to regular transaction fees. Token holders make decisions based on potential profit, meaning they may ignore transactions with a lower commission. Gas typically costs a small fraction of an ether and is usually measured in a smaller unit (gwei).

One gwei is worth 1 billionth of an ether. The price of gas determines how quickly token holders process your transaction, and gas limits set the maximum you are willing to pay.

Thus, ether functions as fuel for crypto systems and as a traditional currency, i.e. you can pay for goods and services in ETH, use it as digital money or as collateral. Plus, many people use it as a long-term investment (like Bitcoin).

However, unlike Bitcoin, the Ethereum blockchain is more programmable—so ETH opens up a world of possibilities. It can provide support for decentralized financial applications, marketplaces, exchanges, games, and more.

Ethereum isn’t fully stable quite yet, meaning you can either make or lose money on ETH. Some people hold onto ether for a long time, hoping the network will become the global programmable accounting system, while others trade it for other altcoins.

Even though neither strategy can fully protect you from financial risk, the future of the Web is largely built upon Ethereum.

P.S. Stoic’s Long Short strategy capitalizes on the market fluctuations of ETH. Feel free to give it a shot!