What Will Spark the Next Crypto Bull Run? 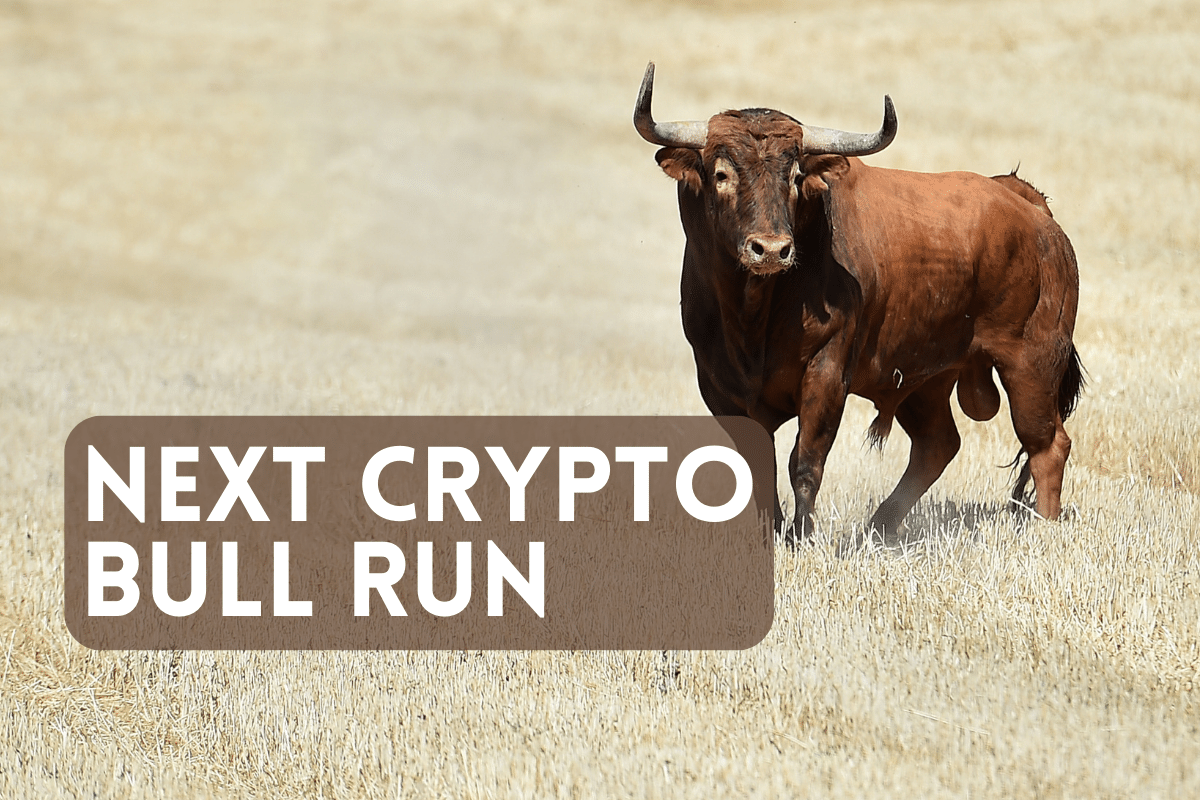 It comes as no surprise that crypto investors are sitting in the middle of a bear market, where prices seldom move up and often shift sideways. Can money still be made in bear markets? Absolutely, but not near as much as if the bulls started charging, butting their sharp horns into the assets’ back sides.

Investors have been wondering throughout 2022 when the next crypto bull run is going to take place and what will end up being the cause. What event, situation, or circumstance will spark a movement, causing the market cap to go back over a trillion and head more towards $3 trillion? That question deserves an answer.

In order to uncover what may spark the next bull run, it is imperative to first rehash what went down this past year. Two incredibly large events took place, first of which was the Terra Luna collapse. The then popular stablecoin was brought down to its knees as it decoupled from its 1:1 peg to the dollar, creating a massive windfall effect and reducing the value down to nothing.

The other major event was the FTX collapse and bankruptcy. Some refer to it as a scandal, but nevertheless, investors lost their shirt due to a mismanagement of funds by the leaders of the company. Sam-Bankman Fried was hit with most of the heat as he was the main culprit to blame as CEO of FTX.

These main events unfortunately declared war against the crypto markets, thus landing the crypto community in the middle of a desert feeling desperate for a drink of water. Many other events took place as well such as BlockFi declaring bankruptcy, hackers busting through app protocols to steal funds, etc.

News plays a big role in market sentiment no matter if that news is good, bad, or indifferent.

What will spark the next crypto bull run?

Will a single BIG event be the catalyst for the bulls to rear their big heads? We are more under the impression that a series of events will be the prequel to the uptrend motion picture. But who are the characters in this blockbuster film?

The lead role will be played by continued innovation within the Web3 and crypto industries. More apps, more on-ramps, more ease and accessibility, and more inclusion. A bull run will follow developers and thought leaders who help move the entire space forward. People who do not let current coin prices deter them from progressing with their projects is most desired.

This character in the bull run film needs to be tough, resilient, and open to change in the midst of negative news and frequent haters or trolls. The team at Cindicator is not slowing down during the bear market but is continuing to innovate and push boundaries forward with new strategies to give users the upper hand in the market.

Just as negative news impacted the integrity of the markets, the next bull run is due to follow positive news stories. For example, Ripple is in the middle of a major lawsuit with the SEC that has been in progress for months and years. A win for Ripple will create a lot of buzz and stir within the XRP community which will then filter out to the broader crypto community at large.

At the moment, major brands such as Nike, Starbucks, Facebook, and Instagram are utilizing blockchain technologies to provide their users more options and perks for buying their products or using their services. Hearing about traditional Web 2.0 companies jumping on board Web 3.0 tech distributes a spark for increased market sentiment.

Many end users lost trust in the apps or the communities they were a part of because they got “burned”, usually by losing money. Having your hard-earned capital stolen, lost, or inaccessible is fair cause for a lack of trust not only in the individual platforms, but also lack of trust in the space as a whole.

End-user trust and participation will play a big role in the next bull run feature film that will break multiple records.

The more that users can participate in apps such as Stoic AI, Cosmostation, or Xumm, the more popular each blockchain network will become. The assets on each respective chain will get further utilized, and their value increase will not lag far behind. In addition, trading volume on exchanges such as Binance and others needs to hit new, larger levels.

Currently the apps and websites built with Web3 capabilities in mind such as token swapping and unique data ownership, come at the expense of a lower than optimal user-experience in terms of onboarding, graphics, and playability.

A majority of users don’t want to think when it comes to setting up a game or utilizing in-game features. Crypto games now require a user to first set up a wallet and keep track of a key phrase for security purposes. Though security is good, users want a combination of security and simplicity that does not require much thought or time.

Take Facebook for example. The sign-up process is seamless as all that’s needed is a username and password to open an account and start socializing. Web3 crypto apps need to streamline that process, making it easy to sign up and use on a daily basis.

While the rest of the world is staying on top of the government regulations for blockchain and crypto tech, the US falls behind, failing to make concrete decisions on which assets are securities and which ones are not. Many different legal protocols that would help companies and individuals invest in and create products around cryptocurrencies are being postponed or dragged on for months at a time.

It is only a matter of time before specific laws are put in place to properly regulate the crypto industry and allow big and small players in the space to finally gain clarity and prevent themselves from being sued at some point. Many corporate entities are nervous to approach the space because they don’t know if they will get in trouble or not with the government.

The bull market is coming, though no one knows the exact date of the big premier. The above five characters play a large role in the storyline and serve as the prerequisites to a booming ecosystem.

Once we start to see the pieces falling into place, then we can complete the puzzle and view the bulls running right before our eyes. Continued innovation, major events, end-user trust and participation, enriched in-app user experience, and US regulation will birth a completely new market with experiences like never witnessed before.

What is your role in the story? What part will you play in the next bull run becoming a blockbusting reality? The answer lies in your hands.

Feel free to subscribe to Cindicator Pulse to stay on top of the latest news and updates and get must-read information delivered straight to your inbox.