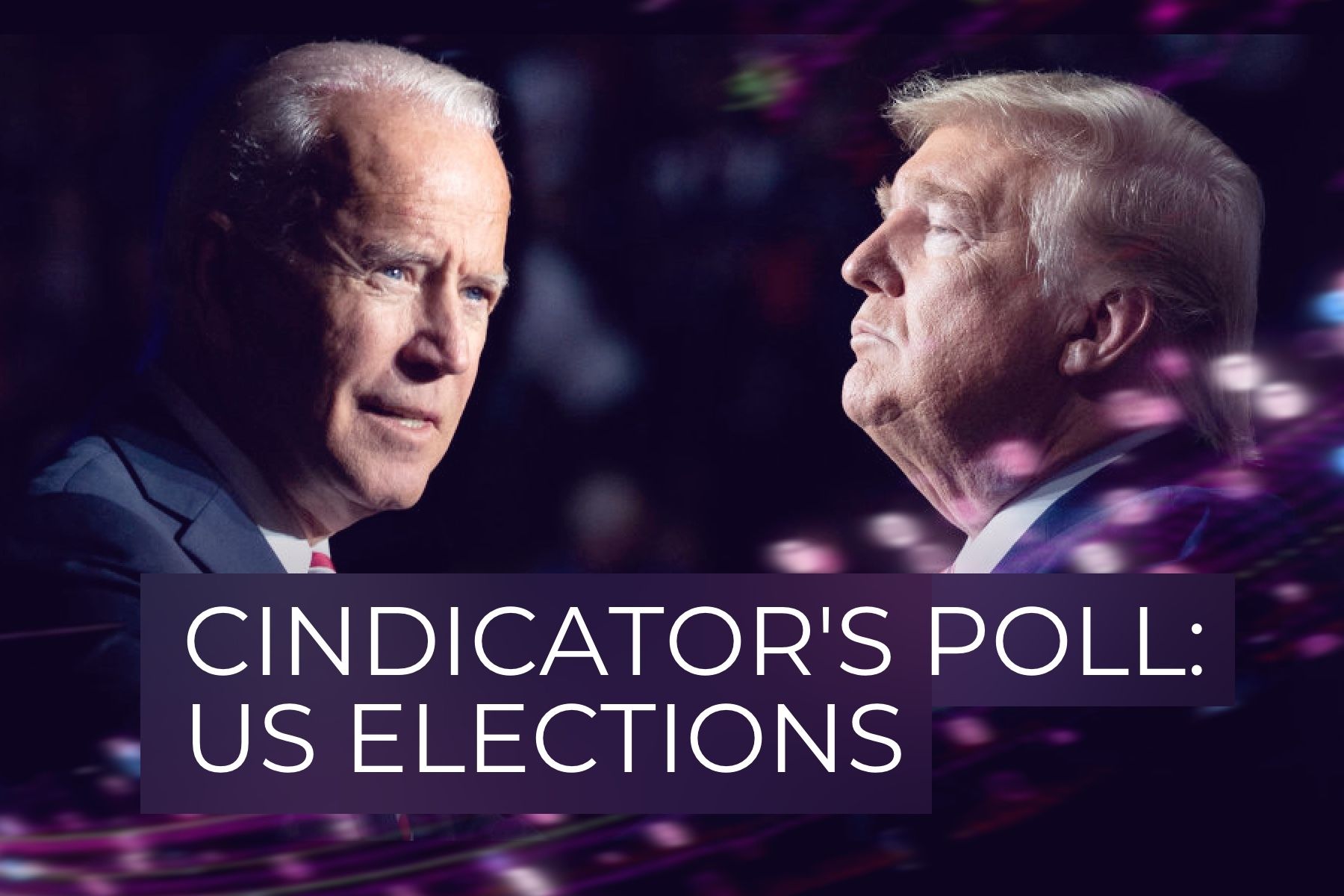 In the run-up to US presidential election, Cindicator is doing a daily poll of 156,000+ analysts registered on its platform, enhancing their forecasts with AI.

How Cindicator’s poll is done

Every day, Cindicator posts a question to all 156,000+ analysts registered on its Collective Intelligence platform. All of these people are active users of cryptocurrencies and receive monthly crypto rewards for their forecasts.

Analysts answer the question, giving a number of 0-50% if they think Trump will win and 51-100% if they expect Biden’s victory.

The chart below shows the results that are updated daily.

What does AI predict?

As a second step, Cindicator’s AI model process raw forecasts to arrive at a probability indicator, taking into account analysts’ past track record and other factors.

Impact on the markets: VIX

Shifts in expectations regarding the US elections have a major impact on the markets.

The most direct influence is via VIX, the CBOE Volatility index for the S&P 500 also known simply as “fear index”.

To quantify this impact of the election, Cindicator also asks a daily question about VIX:

Live daily VIX indicators are available to all subscribers to a free trial of Cindicator’s sentiment indicators.

“Crowdsourced forecasting consistently outperformed traditional polls in which people often don’t feel comfortable sharing their true preferences and expectations. At Cindicator forecasting is fully anonymous. We further increased the long-term accuracy of predictions to over 70% by applying AI models. The uncertainty in the world right now is higher than ever and we want to give everybody a tool to make better decisions in trading and investing.”

Cindicator is a fintech company that has been developing its Hybrid Intelligence platform since 2015. In 2017, Cindicator completed a $15 million sale of CND tokens. Since then Cindicator has collected 15 million forecasts, sending 5,000+ indicators to 6,500+ customers who hold CND tokens. In 2019 the quantitative crypto hedge fund Cindicator Capital was launched.